Like the rest of the Baltimore community this past week, I was shocked to hear that Dr. Nikita Levy, a gynecologist at Johns Hopkins’ East Baltimore Medical Center, has been accused of secretly videotaping and photographing his patients.

You have heard the allegations if you have access to a newspaper or a television in Baltimore. Dr. Levy, an OB/GYN with an excellent reputation, used a pen camera and other surreptitious devices to photograph and film his female patients. Dr. Levy had worked at the hospital for his entire 25-year career until his dismissal on February 8, when a coworker blew the whistle on the alleged operation after noticing something unusual about the doctor’s examinations four days earlier.

Former patients have reacted differently to these events. One patient voiced her prior suspicions when she remarked in an interview that whenever she went for an appointment, Dr. Levy would ask the nurse to leave the room so they could be alone. Another echoed these suspicions, saying, “I can remember on one occasion we were talking about an issue, a health issue that I was having, and brought up to my doctor and he was almost extremely interested.” For many others, this news came as an enormous surprise. One patient stated, “He handed our children to us. I keep thinking this can’t be true.” A second patient simply replied, “He had a lot of us fooled.”
Unfortunately, Dr. Levy is no longer available for comment. He was found dead Monday in his Baltimore home, after apparently taking his own life. Police are diligently working on the case. Although investigators are unclear at this point whether the images and videos taken by Dr. Levy were for personal use or distribution, nearly ten image-filled computer hard drives were removed from the doctor’s computer. The police grew increasingly concerned that Dr. Levy may have recorded underage patients.

Investigators have confirmed though that Dr. Levy served over 1000 patients as a gynecologist. In addition, officials verified Friday morning that over 500 women had called a hotline set up for patients who may have been victims. In the meantime, state regulators with the Office of Health Care Quality have 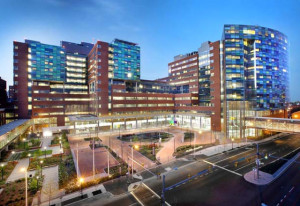 launched a separate internal investigation into the matter. John Hopkins has also issued a statement, declaring that Dr. Levy’s behavior “violated [the] Johns Hopkins code of conduct and privacy policies and was against everything for which Johns Hopkins stands.” You can read the full statement here:

At the end of the day, many questions remain unanswered. How did Dr. Levy get away with this flagrant violation of privacy for such a long time? Did Johns Hopkins take any steps to supervise the behavior of its doctors? Were there any preventative measures in place to prevent these types of incidents from occurring? Was anyone at the hospital aware of this behavior? As investigators continue to dig up facts surrounding the controversy, hopefully, these questions will be quickly resolved.

On the legal side, civil actions against Dr. Levy’s estate and his employer Johns Hopkins have already materialized, and the number of lawsuits can only be expected to escalate. Patients of Dr. Levy may pursue several legal avenues. For example, plaintiffs seeking redress can bring a civil action against the doctor for any injuries suffered, including emotional and mental distress. In addition, plaintiffs can also bring a civil action against John Hopkins under the vicarious liability doctrine, which holds employers responsible for the conduct of its employees. Plaintiffs may be able to allege that John Hopkins was not only negligent in its supervision of Dr. Levy, but also intentionally concealed and withheld relevant information regarding the incident.

It will be interesting to see how these cases unfold. As you see in the box above, we are reviewing these claims. We generally consider ourselves physical injury lawyers and usually shy away from these kinds of cases, but the violations are so egregious here.