Dr. Louis Halikman is an orthopedic doctor that many insurance companies in Maryland – most notably State Farm – frequently used to defend car accident cases. “Frequently” is probably charitable; by his own admission, he makes somewhere between $30,000 and $35,000 a month providing expert services for insurance companies.

Am I a big fan of Dr. Halikman? No, not that I don’t think he is a good doctor. He’s a smart man with good credentials, which is why insurance companies are 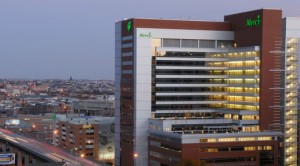 lined up at his door. Being well paid by one side or the other does not mean the doctor is in bed with that party. But it is my opinion that he either has a philosophical anti-plaintiff animus or, more likely, his opinions are colored because insurance companies have paid for his services on the level they have for the last 25 years.

In my last trial with him, last summer, he claimed that our client was as injured as badly as she was because she was overweight, putting more force on her ankle when she fell. It was such a meanspirited and cheap shot. He also claimed she would have healed faster if she had gotten bariatric surgery to take-off weight. He didn’t give much concern to the mortality risks of the procedure that he wanted to impose on our client. (The jury saw it for what it was and awarded over a half a million dollars.)

Ultimately, that’s okay. The game is the game. As long as the jury is allowed to hear the facts about how much insurance companies are paying for Dr. Halikman’s services, they can weigh his credibility and the facts of the case, and decide accordingly. In that ankle case, after talking to the jury, I don’t think the jury gave much weight to Dr. Halikman’s testimony.

My problem is getting an “independent” medical exam report from Dr. Halikman that is on Mercy Hospital letterhead. Mercy is a Catholic hospital that accepts federal money. Accordingly to their website, Mercy Hospital was founded on a chilly day on November 11, 1874, when six Sisters of Mercy arrived in Baltimore to take charge of a health dispensary called the Baltimore City Hospital. Determining the intent of these Founding Sisters is not a simple task. But I have a hunch their vision of this Catholic institution did not involve Dr. Halikman making money hand over fist testifying for insurance companies against car accident victims.

So why does Dr. Halikman use the imprimatur of this fine hospital to add luster to his medical exams for insurance companies? He is not providing medical services to a patient. Using organizational logos shows a full and equal partner for the content of the letter. (There is a reason President Obama may not use White House stationery to raise campaign funds.) Does Mercy Hospital and the Sisters of Mercy have an equal opinion – or any opinion – regarding my client’s injuries? I’ll answer for them: they don’t.