We often handle car and truck accident cases for victims who were working at the time of the crash. (I guess a motorcycle accident claim could also be while the employee is on the job – but I have never had or seen that case.)

In these types of cases, workers comp claims a lien on its payout and you have to work with them to get them to reduce their lien. A hassle, but usually not a much larger challenge then working with the health insurer to reduce its lien. 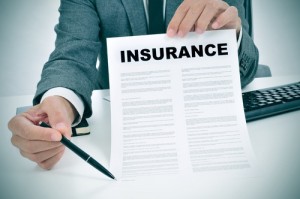 But this Field of Lien Reduction Dreams falls apart when you have an uninsured motorist claim and a workers’ compensation case. In Maryland (Insurance Article, § 19-513e) and many other states, when an insured files a lawsuit against the uninsured or underinsured motorist carrier, the insurance company can file a counterclaim against the victim to reduce the amount of the claim by the amount of money that the insurance company claims that the insured owes to it. Practically, this means a dollar for dollar set-off of the amount paid by worker’s compensation. The theory behind this is that setoffs lead to double recovery by the victims.

This is dumb and I’m not the first person to notice it. Maryland Court of Special Appeals Judge, Judge Timothy E. Meredith argues – in a dissent – that it is an unreasonable windfall for the car insurance company to get the benefit of the workers’ compensation lien and, really, calling it a double recovery misses the whole point of modern UM coverage in the first place – to place the victim in the spot she would have been in if the at-fault driver had the same coverage she did. A minority of states agree with Judge Meredith and do not allow for these dollar-for-dollar reductions.

Maryland is not one of those states and, apparently, neither is Connecticut, according to a decision by a Connecticut appellate court last week in Fiallo v. Allstate Insurance. Get this – the plaintiff’s lawyer tried the UM case, without a bad faith count, and got a verdict exceeding the UM policy limits with Allstate. Allstate asks that the verdict be reduced to zero to account for the workers’ comp set-off. The trial court grants the motion.

All right. I think everyone screwed up here. Allstate could have saved a trial against its own insured (and an excessive verdict) by just filing a motion for summary judgment. Plaintiff’s lawyer, who I guess was unaware of the law governing the set-off, never should have brought the case beyond getting the underlying policy limits from the at-fault driver.

The appeal was for the trial judge’s refusal to allow the plaintiff’s lawyer to amend his complaint “to conform [to] the evidence produced and discovered during trial and reflect the misconduct of” Allstate. The amended complaint threw in counts of claims for breach of the covenant of good faith and fair dealing, breach of contract and violation of the Connecticut Unfair Insurance Practices Act, and the Connecticut Unfair Trade Practices Act. Plaintiff also claimed that the trial was really a bifurcated trial that excluded the bad faith claim. This argument was put together with scotch tape and the cacophonous laughter of Allstate’s lawyers.

I can’t speak to Connecticut law, but this verdict – $75,000 or a $50,000 policy – would not even approach a bad faith claim in Maryland. So while it is silly that the judge did not allow this car accident lawyer to amend his complaint – it really would not have made a big of a difference.