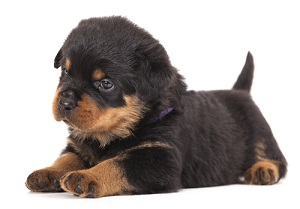 Maryland made the right call by getting rid of the “one bite rule,” which created an assumption that dog owners know their dogs can bite.  In doing so, they effectively nixed a court ruling that said that Pit Bulls are inherently dangerous and imposed strict liability for owners and landlords.

At the end of the day though, insurance companies are most interested in these sorts of decisions, because they’re the ones paying out dog-bite claims.  And although the dog breeds may not be as big an issue for Maryland legislators anymore, your insurance company may still discriminate and charge you more based on the dog you have.

In 2012, almost 10 years ago now, the Maryland Court of Appeals said that Pit Bulls were inherently dangerous. Only one insurance company, Nationwide, excluded dog bites from coverage if they came from specific breeds.  The list of “blacklisted” breeds was:

Three other companies didn’t offer coverage for homeowners who had these breeds, and one company required applicants to go through “further review” prior to offering coverage.

Naturally, dog owners, specifically pit bull owners which tend to be activists and true believers, were not pleased.  So much so, that the Maryland Insurance Administration received complaints from people who were denied coverage because of their dog’s breed.  This prompted the General Assembly to actually do something.  In 2013, the Maryland Legislature passed a law forcing insurance companies to let potential and current policy-holders know about any “specific breed” discrimination in their policies.

Insurance companies gave a little.  Breed-specific discrimination was relaxed a bit, with fewer companies refusing to insure homeowners with “blacklisted” dogs, showing a trend away from this practice.  Considering that Maryland did away with breed-specific liability, this makes sense.  And before doing so, Maryland canvassed other states with similar laws to get a feel for the impact of breed-neutral liability on homeowner’s insurance.  Only one state said that they specifically prohibit insurance companies from blacklisting certain types of dogs, while the rest let it happen.

Maryland only protects dog owners from denials of coverage here. Nothing in the law would stop an insurance company from charging higher premiums. The assumption that your dog will only cost you if he/she bites someone is no longer the case. You could have the friendliest Pit Bull or German Shepard in the world. But your insurance company could hike up your premiums just because your dog is a blacklisted breed. It’s also a little disconcerting that the doggie blacklist includes mixed-breeds of any of the listed dogs. If you have a dog that is 99% lab and 1% German Shepard, the insurance company could still charge you more.

As unfair as it may seem, it makes sense from a lawyers’ perspective.  People have their prejudices when it comes to breeds like pit bulls, and those prejudices make their way to the jury box.  Those juries are more likely to award higher damages than the insurance companies have to payout.  But the dog owner still has to face higher premiums even when their pet is a friendly family dog. 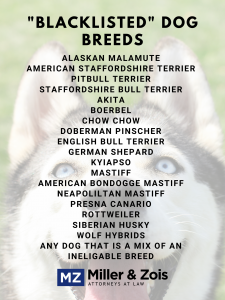 Can I Go Without Dog Owner’s Insurance?

One option for dog owners is to go without insurance. How much risk are you taking? The average payout for settlements and verdicts in these cases is approximately $30,000, excluding attorneys’ fees that insurance would ordinarily cover. But that number does not fairly characterize the risk, right? A large verdict in a dog bite case can be a seven-figure verdict.

The first thing to do is check to see if your dog is covered under your homeowner’s policy.  If she is, just confirm with your agent what your policy limits are for such a claim.  If you have assets and your dog is not covered under your homeowner’s policy, you really need to consider making sure you have the insurance you need to protect your assets.

Does Maryland Law Discriminate Against Pitbulls in 2021?

In Tracey v. Solesky, the Maryland Court of Appeals establishes a new law for a landlord who has knowledge of a tenant/dog owner’s pit bull or cross-bred pit bulldog.

There was an uproar. So the Maryland Legislature enacted § 3-1901.2 which abrogated the Maryland high court’s holding in Tracey. Section 3-1901 raised the bar on the dog owner’s liability with a rebuttable presumption that the owner knew the dog was vicious. But for landlords, the statute maintained the common law liability that existed prior to Tracey v. Solesky.

Are Some Dogs Illegal in Maryland?

There are no dogs that are illegal under Maryland law.  So there are no banned dog breeds.  But some counties place restrictions on the type of dog you can have.  See, for example, this Prince George’s County ordinance that limits pit bull ownership (that was affirmed a few years ago).