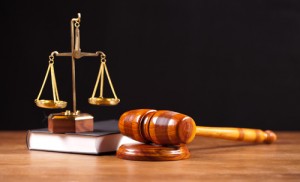 In Valentine-Bowers v. Retina Group of Washington, a new medical malpractice case decided by the Maryland Court of Special Appeals,  the plaintiff alleged that her physician failed to monitor a problem with her eye that caused her to lose vision in that eye.  It is a serious injury for a young woman.  But this case is not about the underlying merits of the claim, it is about the things you have to do to get a medical negligence claim to a jury.

The case starts with the defendant serving discovery on the plaintiff.  The plaintiff did not respond in a timely fashion.  Judge Douglas R. M. Nazarian, a relative newcomer to the court, acknowledged this failure is commonplace.

Her failure to comply with the deadline is unremarkable—parties routinely miss this deadline and litigators know that absolute compliance is not always possible (although they do, and should, expect at least a request for an extension and a good faith deadline in return).

But, obviously, that is not the end.  Two months pass.  Nothing.  So defense counsel sent the usual “c’mon” letter. Then another one.  Then a motion to compel. Then a deposition notice, and she does not appear.  Plaintiff’s counsel really does not respond to the letters or the motion.

What is going on here?  I don’t know.  But Plaintiff’s counsel said that the plaintiff, herself, is to blame by failing to stay in contact with the lawyer.

Let’s assume that is true, as Judge Nazarian’s opinion does.  It puts the plaintiff’s counsel in a tough spot, to be sure.  I have had clients disappear after I had sent a demand package to the insurance company.   Now, if I come clean with the insurance company and say I can’t find my client, that is a sure tell to them that my client is unlikely to make it through the litigation process.   So what do I do?  I just ignore their calls until I find my client.  It makes me feel like an unprofessional jerk, but I don’t really think I have a choice.

But this is a far cry from dealing with an absent client in litigation where the statute of limitations has passed.   Now let’s admit, this opinion does not give us the entire story.  But I think absent compelling circumstances, you can’t just ignore defense counsel in hopes it goes away.  I think the first thing to do is try to get relief from defense counsel.   You can’t just ignore motions and deposition notices.  Second, I think you have to run to the court and say, “Can I get a little latitude here while I try to track down the client?”  Even filing a motion to withdraw from the case would slow the train down.

In any event, she eventually gets back in touch and they get unexecuted answers to discovery out on the deadline imposed by the court and executed responses a few days later.  Now, I would think that would do it in most cases.   But the P.G. County Circuit Court judge saw it differently.   The judge (I’m not sure who it was) correctly applied the five factors articulated by the Court of Special Appeals in Hossainkhail v. Gebrehiwot:

These are good rules and both the trial court and later Judge Nazarian dutifully go through these factors as Maryland law requires.   But I don’t think anyone really cares all that much about the factor.  What it boils down to is if the plaintiff completely ignores the discovery process and then finally gets its act together a few days after the court imposed a deadline, should that be enough to keep the case alive?  I can see where the court would be more than furious.  I really do.  But I can’t see not giving the plaintiff a chance, given that there is no real prejudice.  Both the trial court and the Court of Special Appeals believed that the delay itself is prejudice.  I don’t think they would take the position in a different context.  It is just like how someone you like can say something and it is fine and someone who annoys you say the same thing and it drives you mad.  But if we will analyze facts honestly, we have to admit that there is no real prejudice here.  I think that should be the touchstone in the decision.  Real definable prejudice, not the speculative prejudice of “memories fade” over time so there could be prejudice.

I also think a double standard applies here.  I don’t think a court would likely give a plaintiff summary judgment under the same facts. Judges loathe telling defendants that they cannot put on a defense, no matter how bad they screw up in discovery.  I don’t disagree with this really. It seems unfair in a way to impose liability on a party because their lawyers royally screwed up their case.  But the same reservations should also apply to dismissing someone’s effort at getting justice.   Here, a part of the problem was the woman was not cooperating with her attorney.  But she just lost vision in her eye.  We are not catching her at a great time in her life.  Let’s cut her a little slack.