The 8th Circuit affirmed a defense verdict in a medical malpractice action this week in Avichail v. St. John’s Mercy Health System. The case had a few interesting legal issues: a Batson challenge and a dispute over whether a witness could use an interpreter. So, given the Maryland appellate courts’ inability to come up with much interesting for us this summer, let’s turn to Missouri. 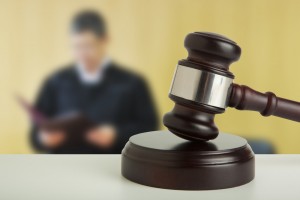 This was a permanent brain injury case involving a young girl who had Beckwith–Wiedmann Syndrome, an aliment that causes macroglossia, which causes the tongue to be abnormally large. Plaintiff’s counsel alleged that during a surgical procedure to reduce the size of her tongue, her oxygen levels were unattended for hours during which her oxygen saturation plummeted from 94% to 50%, causing permanent brain damage. Just an awful case any way you slice it.

Anyway, there were two big issues on appeal. The first was a Batson challenge issue. Plaintiff’s counsel alleged that the defendant’s lawyer struck a juror because the juror was black and the plaintiff was black. The defense lawyer’s response was:

I’ll tell the Court as I’m going through these and until counsel mentioned it, I had forgotten that she’s of African–American descent․ It’s simply not something I think about, so that wasn’t into it. The reason I struck her is she has some college. She gave us very little information; only hobby is swimming. She just didn’t seem to me to be a person who was involved enough to be able to understand what is going on in this case.

You just forget that she was African-American? I appreciate the fact that we often strike people – particularly in Maryland where we have so little information – for reasons difficult to articulate, but no defense lawyer is that race-blind in jury selection when there is a black plaintiff. They may try to do the right thing and not let it be the deciding factor – cynically, I call this rare – but no one is color blind.

Anyway, the court disagreed with the convoluted rule applied by the trial judge but decided that it was harmless because, ultimately, the court must find that the party challenging the strike has shown purposeful discrimination which the trial court did not find. That is the deal with Batson: the bar is so high I don’t even bother to raise a Batson challenge even when I suspect a racially motivated strike. It just gets everyone upset and you get nowhere – just like this one.

The second and probably more interesting issue was whether the trial court abused its discretion in not permitting the plaintiff’s witness to use an interpreter when English was not her first language. The witness was the little girl’s caregiver for over eleven years, who grew up in the Philippines, and whose native language was Tagalog. The trial judge asked the witness questions and then denied plaintiff’s request for an interpreter, ruling that plaintiff could have a Tagalog-English interpreter present in the courtroom during the trial if the witness was having difficulty understanding or answering the questions asked of her but, otherwise, her testimony would be in English.

My impression was that the trial judge was really not trying to be a jerk, but was concerned that since the deposition had been conducted in English, the use of an interpreter might cause the jury to discredit her deposition testimony which would make cross-examination a challenge. Then, after train wreck testimony, permitted the witness to use an interpreter outside of the jury’s presence to clarify some questions, and then took the interpreter away again. Pretty odd, right?

The court concluded, as you might expect, that the appointment of an interpreter lies within the sound discretion of the trial judge. That’s a tough hurdle to climb. Do I think the judge should have allowed for an interpreter? I do. You have a brain-injured child. Give the plaintiff the benefit of the doubt in making her case to the jury. Ultimately, the 8th Circuit might agree with me. But, either way, it is not an abuse of discretion.

You can find the 8th Circuit’s opinion here.