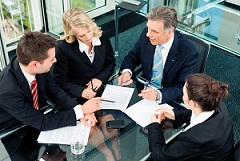 The medical malpractice arm of our law firm has continued to grow over the last 10 years.   I think it is interesting to see who the defense lawyers are in these cases.  It matters who you draw as defense counsel.  You would think, as a plaintiff’s lawyer, you would like to draw the least competent counsel as possible.

There is some truth to this.  Lazy and incompetent counsel sometimes miss key defenses and critical arguments that the health care providers should make.   But this rule has a lot of exceptions.  Defense lawyers who get behind the eight ball sometimes make it even harder on us.  Because it is impossible to schedule depositions, get discovery responses, and otherwise push the case forward.  You usually get to the same place in the end, but sometimes the workload doubles just because the other side is so unresponsive. Sometimes, particularly if you have a quality liability case, you are best served by having quality defense lawyers who do what it takes to properly defend the case.

The vast majority of medical malpractice defense lawyers in Maryland fall into this category.  Medical Mutual and the other insurance companies and hospitals do a pretty good job of picking quality attorneys to handle their cases.  These lawyers generally — and I stress generally — get enough work where they do not have the incentive to bill their files to death for the purpose of creating work to do.

Let’s look at the last 10 reported malpractice cases filed in Maryland and who is defending those cases.   I’ll name the hospital as the defendant, but not the individual doctors:

What did we learn from this admittedly small sample size?  First, the wealth is being spread.   Only Goodell, DeVries is mentioned more than once. Interestingly, it is a firm we have seen in only a few of our malpractice cases. There are also no true Big Law firms on the list.  Why?  It is hard to make the numbers work given the overhead mega law firms have.  The competition you see on this list drives malpractice hourly billing rates down.  I know that a few of these firms are doing pharmaceutical defense work. I’ll bet the hourly rates on those cases might be double the rates on medical negligence claims.  I know a lawyer who had built a nice book of clients who went to Venable.  But Venable did not want most of his clients because the hourly rates were just too low.

Because the hourly rates are low, the key for these guys is to get as many cases as they can and build a pyramid scheme to get as many lawyers on the file as you can. But that backfires too because when you allow other lawyers to run a file, the insurance companies and hospitals see that the attorney has genuine talent.  At some point, that lawyer tires of being a part of a pyramid scheme and starts their own firm. At least six of the ten cases above are handled by firms who broke off from larger firms.

I did defense work for a few years before becoming a plaintiffs’ attorney. It is amazing how different the jobs are.  You can drive an eighteen-wheel truck through the differences in the skill sets that you need to be successful.