Last week, in Hendrix v. Burns, the Maryland Court of Special Appeals dealt with the question of what plaintiffs’ lawyers can admit into evidence in a car accident case when the defendant stipulates to liability.

In car accident cases, many defense lawyers loathe admitting responsibility. There is always a chance that the jury will hate the plaintiff and accept some insane version of how an accident happened.

But, the best thing that can happen for the plaintiff is for the defense lawyer to deny responsibility in a case because it diminishes the defense lawyer’s credibility on the plaintiff’s injuries. If you are plaintiffs’ counsel, you want to get the jury mad at the defendant. Jurors give more money when they are mad. This is hard in traffic collision cases because it is hard for jurors to get mad at a negligent driver who makes what they can perceive to be an accident that they could easily make themselves. 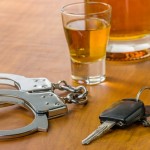 Smart attorneys for plaintiff frame the case, not as an accident, but a choice the defendant made. “The defendant in this case chose not to pay attention.” But still, we all know that we have failed to pay attention while driving and it could have, under the wrong circumstances, lead to a car accident.

In Hendrix, the call to stipulate to liability was a no-brainer for State Farm who defended the case. The defendant was drunk. He tried to flee the scene of the accident, but his damaged car wouldn’t let him. He was in the middle of some road rage dispute. A picture-perfect bad guy defendant for the jury to hate.

State Farm did what they should do, file a motion in limine to exclude the introduction of evidence that the defendant was drunk, that he had been involved in a “road rage” incident with another driver and was crazily chasing that driver when he ran the red light, that defendant attempted to flee after the accident, and also that his criminal record included DUI convictions.

Plaintiff’s lawyer did what smart ones do in a case like this. He brought a battery case for the road rage, arguing that has been put to bed since law school doctrines like transferred intent. He brought a negligent entrustment count. He also smartly argued that a part of Plaintiff’s pain and suffering was seeing the defendant drunk and trying to flee the scene of the accident. This is doing everything you could do to put your client in a position to maximize her damages.

Does this have anything to do with the level of damages in a personal injury case? It depends on your world view. If you think damages should be calculated in a hermetically sealed box, it shouldn’t be admissible. From this perspective, it shouldn’t matter whether the defendant was a crackhead on his 6th DWI or a nun with a 40 years history impeccable driving.

Yet, somehow, that she was a nun would come out on direct. Why? Because the insurance defense lawyer is trying to minimize damages by suggesting that this nun is a sweetie and she will have to pay this verdict out of her pocket.

Why do we let the nun say she is a nun? Context matters. But once you agree that the fact that she is a nun should be admitted, doesn’t the dam break open when the defendant is drunk. Isn’t that context – like the nun – that the jury should consider?

In an opinion written by Judge Deborah Eyler, the Maryland Court of Special Appeals said no. I wish the court had said it was not an abuse of discretion to bar the evidence. Instead, the court went further and supported the trial court’s decision, which I think will push trial judges into thinking they don’t have the discretion to weigh these things out themselves.

The court seemed to question how concrete the emotional damages were from knowing it was a drunk driver who tried to flee the accident. Sure, the court knows that the plaintiff’s car accident lawyer is trying to get in bad evidence by making this claim. So what? It is still her damage claim and I can tell you that clients suffer from knowing just how senseless their injuries were in a car accident when they get hit by a drunk driver. It is upsetting; it is painful, and it is real. I don’t think the court should brush off an element of damages because it could be a backdoor means of getting facts into evidence.

I wonder if the court would have seen it differently if she had discussed these emotional injuries with a therapist. If the court had said that, plaintiffs’ lawyers would start sending clients to therapy to get this kind of evidence admitted at trial. So really, it is probably a good thing they did not say that because that would be a mess.

Anyway, there is a lot more interesting stuff in this case. One interesting thing is that Maryland has never applied the doctrine of transferred intent to tort cases. No one told me this in law school. The court applied the doctrine to Maryland in this case but found that there was no real battery because there was no intent to contact the car that the defendant was road-raging with before the accident. He was just chasing the guy. I think the court made the right call on this one.

There is also some good law on amending complaints before trial that is worth a read.

I have written a few posts in the last few weeks (here and here) about efforts to bring punitive damage claims against drunk drivers. I said in one of those posts I thought the effect was pure deterrence and that it would really not have a big impact on the damage award recoveries in drunk driving cases if insurance did not cover the loss. But I did not think all the way through. Such a bill would get the fact that the defendant was drunk in front of the jury. Personally, I think this would be a fair context for the jury to consider the claim. But I understand the other side of it, too. I think your view on this issue – like many personal injury issues – depends on what side of the “v” you are on.

You can find the full opinion in Hendrix v. Burns here.