The Court of Special Appeals of Maryland ruled last week in Shafer v. Interstate Automobile Ins. Co. that a motorcycle passenger – who was injured when the motorcycle on which she was riding blew out a tire – is not entitled to uninsured motorist coverage because she failed to meet her burden of proof that the damage to the tire was caused by third-party negligence. Accordingly, the court affirmed a Washington County, Maryland trial court judge who granted summary judgment on behalf of defendants Interstate Insurance and Nationwide Insurance.

This case underscores that Maryland law requires proof of negligence to make a recovery even if it is an uninsured motorist case.

Key Facts of the Case

The Plaintiff’ presented uncontroverted evidence through an accident reconstructionist expert, R. Scott Wills who is a frequent expert in these kinds of cases, that a tire blowout from a piece of sheet metal from an unidentified vehicle that was lodged into the motorcycle’s tires caused the motorcycle accident in Washington County. There was no evidence of contributory negligence by the Plaintiff or the operator of the motorcycle. But the unanimous court found that Plaintiff’s case failed because her attorney did not and could not prove “any evidence of the negligent act or course of negligent conduct which resulted in the dislodgment of a metal piece in the roadway.”

Under Maryland Insurance Code Annotated Section 19-509(c)(1), you may recover damages from the negligent party. The uninsured motorist insurance carrier in Maryland steps into the shoes of the party whose negligence caused the accident, even if the negligent party is a phantom car that sped away after causing the accident. Here, there were no shoes to step into because the Plaintiff could not point to any negligent party because there was no evidence that the lost nail was because of third party negligence. Logic and reason lead to the opposite conclusion: that the nail dropped from the engine of another car through no fault of the driver.

The court wrote: “Although the owner or operator has an obligation to inspect and maintain his/her motor vehicle, the ability to discern that a metal piece of a vehicle has rusted through to an extent that it will become dislodged is an event which cannot be as easily anticipated as the potential for injury to an invitee and, indeed, is an event which may never occur.” This is true if normal car use or maintenance of the car does not likely detect a loose nail.  It is hard to pretend this is something we all regularly inspect for.  I know my tire has a loose nail in it when it goes flat. 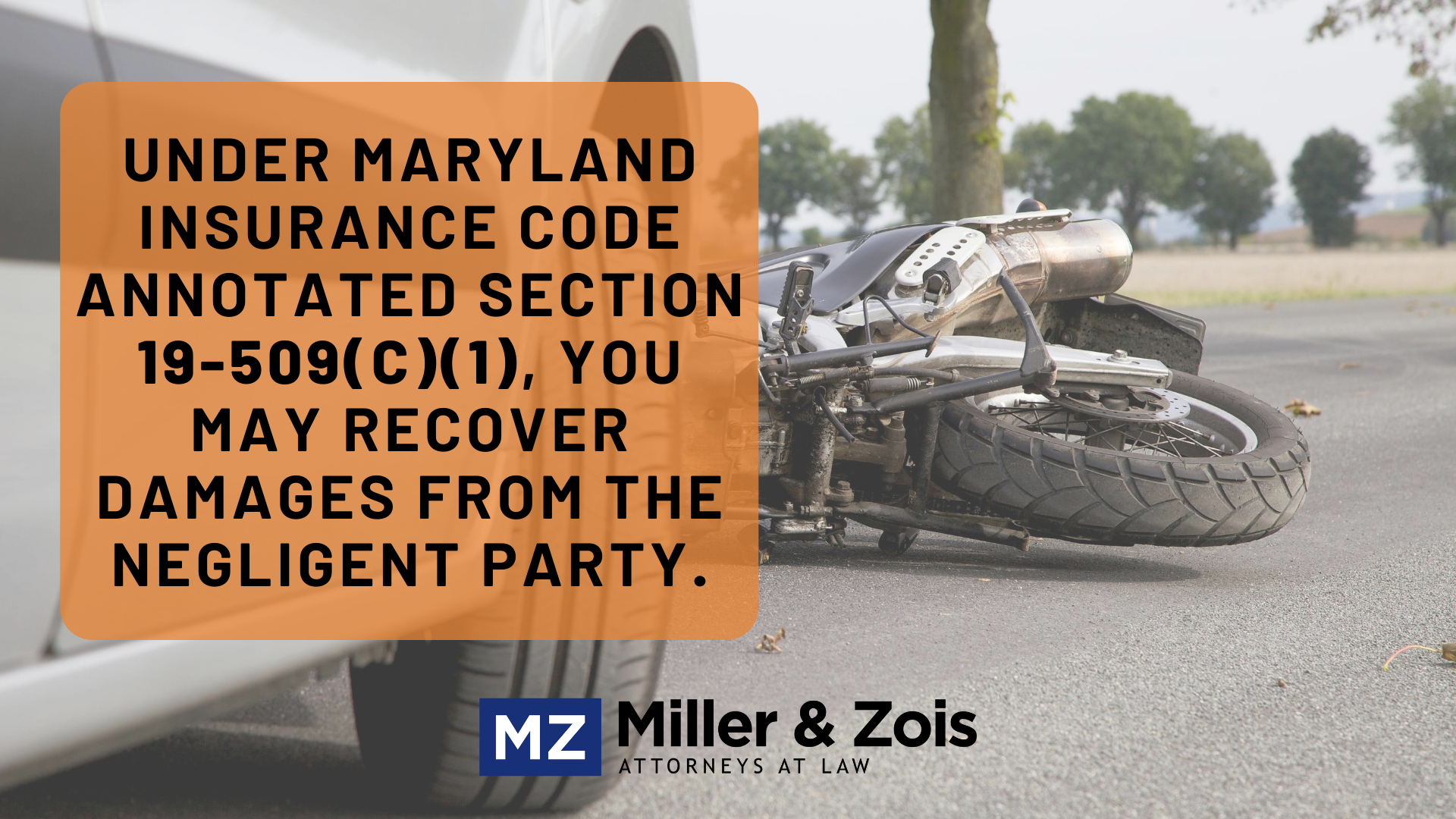 The court stated because Plaintiff’s attorneys specifically stated they were not arguing the doctrine of res ipsa loquitur, they would not consider authority from two other personal injury cases in other jurisdictions where the cases applied the doctrine in a similar context: Woosley v. State Farm Insurance, 18 P.3d 317 (Nev. 2001) and Hale v. American Family Mutual Insurance Company, 927 S.W.2d 522 (1996). But even if the plaintiff’s attorneys had argued res ipsa loquitur, it is difficult to argue that a nail is not usually placed in the roadway in absence of negligence.  That the key to applying res ipsa: negligence likely would have occurred in the absence of negligence.  Therefore the trial lawyers did not push the res ipsa angle.  It was a dead loser.

Regrettably, the Maryland Court of Special Appeals had no choice in this case but to find for the insurance companies. The Maryland uninsured motorist statute does not allow for absolute liability.  That is the actual key to this case.  They have to be fault for recovery and there has to be proof of that fault.  This woman, who was hurt through no fault of her own, could not satisfy her burden of proving that the motorcycle accident resulted from the unknown party’s negligence. Instead, it allows for recovery when a negligent third party has no insurance coverage or limited insurance coverage.