Last week, I wrote a recent Missouri Supreme Court opinion that found that a driver could recover emotional damages in a lawsuit against the parent of a child killed in a truck accident. Today, I found Taylor v. Mucci, a Connecticut Supreme Court issued on Tuesday that reaches a different conclusion in a slightly different context that involves the interpretation of “bodily injury” in an insurance policy. 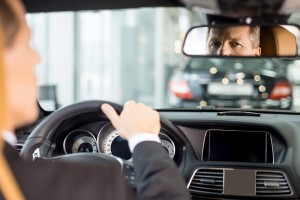 On Christmas Eve in 2004, the Plaintiff’s minor son, Andrew, was struck by a car driven by the Defendant. Andrew’s case settled but Plaintiff maintained a negligence claim for the emotional distress suffered having witnessed the accident.

At the time of the accident, the Defendant had a 100/300 insurance policy with Metropolitan Property and Casualty Insurance. The trial judge ruled in favor of the defendant, finding that the insurance policy did not cover claims for bystander emotional distress.

The Connecticut Supreme Court agreed that the plaintiff’s allegation of bystander emotional distress resulting from witnessing his son’s injuries does not constitute bodily injury as the Metropolitan insurance policy defined that term. The court also found that Andrew’s mother could not recover under the insurance policy language because the payment of the $100,000 per person limit to Andrew also exhausted her claim.

I was a little confused because the Court begins the opinion stating it was affirming the trial court’s entry of summary judgment in favor of the driver defendant but it then concluded solely in terms of whether the insurance company applies. I am not sure why in this case on relates to the other but I think it might have involved some stipulation that the insurance company would pay for policy limits if the Connecticut High Court found that there was coverage.

If my understanding is correct, I am concerned that the court is saying that claims for emotional distress are compensable but the insurance policies language that defines “bodily injury” does not provide coverage. This will leave negligent defendants exposed to liability for claims that are foreseeable from car and truck accidents. States interfere with policy language in insurance contracts as a matter of course. Why make a distinction? This is something I would expect the Connecticut Trial Lawyers Association to be working on in Connecticut’s next legislative session.