Pat Malone writes a guest blog on Don Keenan’s Trial Blog arguing that confidential settlements undermine public safety and justice. 2013 Update: the link is now broken, but this post is still worth reading.

His point is that confidential settlements make it harder for future plaintiffs to get evidence and information they need to bring out all the facts about the defendant’s conduct.

Here’s one tip for avoiding last-minute pressure from the defense to cave into a secrecy agreement: Be proactive. Tell the defense counsel at some appropriate point – such as with any settlement demand letter or in a pre-mediation communication – that you will not agree to secrecy because of the ethical issues. This can be one item on a list of settlement conditions. 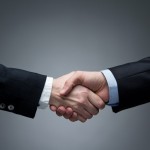 nal injury lawyers. I also agree with his premise: there is doubt that confidential settlements make it harder for the next plaintiff. This also makes the company less accountable, too, in the big picture.

But here’s the problem: people who have been badly injured, even the best of people, have a hard time focusing on the global interests of plaintiffs everywhere when they are fighting and scrapping to be compensated for their injuries. And I have a hard time telling them they should.

Let me give you a case in point. We recently settled a case with a Fortune 500 company. No discussion of confidentiality in the settlement discussions. You know what comes next. They send a release with a confidentiality clause. We balk. They say, “Okay, let’s try the case.”

Boy, I hate being bullied by big companies. I try hard not to take these things personally. But they were so arrogant in the way they delivered their ultimatum. They never would have had the guts to play it through and I knew it. So we plotted a “file a motion to enforce the settlement and, in the off chance we lose, we try it” strategy. In angry detail. With our feathers up and blood boiling, we forgot, ah, that we have a client. So we call the client. She could not care less about confidentiality. She wants to execute the settlement and get her money.

So what do you do? I know what we did: we put our hurt pride on a shelf and sent the client the release.

The same applies to Malone’s advice about putting confidentiality on the table from jump street. Does that impact the amount of the settlement or their willingness to settle in the first place? Probably not in most cases. But who knows? I don’t know how I could sell the client, but it is worth the risk.

What makes it even harder to bring it up: the client’s risk-taking on this issue not only benefits the public at large but the lawyer. Do you know how many settlements we have gotten that I would love to brag about on this blog? (Really. It’s true. I’m that self-promoting. See these posts on our jury verdict’s in the last month: here and here.) So I have to persuade the client to do something for the greater good that, oh, by the way, really helps me brag about how I’m the best attorney because I brought some colossal corporate giant to their knees? I think it is a hard pitch to make.