The Maryland Court of Appeals ruled today that Maryland will not make the leap to comparative negligence, choosing instead to defer to the legislature. The court has the power to change the law; it wants you to know. But it chooses not to do so. 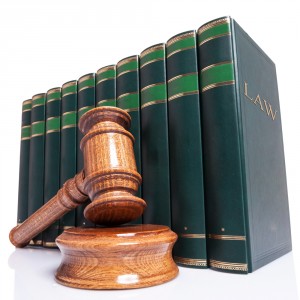 Contributory negligence still inexplicably remains the law of the land in Maryland.

I think contributory negligence is inane, which is why so few states have kept it. Should the court defer to the legislature to make the call? I really don’t know.

At some point, I’ll write about this case because that’s what you pay me for here. But I have already told you everything you need to know.

In the meantime, read the beginning of Judge Harrell’s very Harrell-ian dissent.

Paleontologists and geologists inform us that Earth’s Cretaceous period (including in what is present day Maryland) ended approximately 65 million years ago with an asteroid striking Earth (the Cretaceous-Paleogene Extinction Event), wiping-out, in a relatively short period of geologic time, most plant and animal species, including dinosaurs. As to the last premise, they are wrong. A dinosaur roams yet the landscape of Maryland (and Virginia, Alabama, North Carolina and the District of Columbia), feeding on the claims of persons injured by the negligence of another, but who contributed proximately in some way to the occasion of his or her injuries, however slight their culpability. The name of that dinosaur is the doctrine of contributory negligence. With the force of a modern asteroid strike, this Court should render, in the present case, this dinosaur extinct. It chooses not to do so. Accordingly, I dissent.

My dissent does not take the form of a tit-for-tat trading of thrusts and parries with the Majority opinion. Rather, I write for a future majority of this Court, which, I have no doubt, will relegate the fossilized doctrine of contributory negligence to a judicial tar pit at some point.

Judge Harrell then quotes President Kennedy and argues that the court should drop the “Alphonse & Gaston routine” that have the judiciary and the legislature has been playing and adopt pure comparative fault.

I have not read it carefully yet – I wanted to get out the breaking news – but this dissent looks amazing.

Here is a summary (not mine) of the opinion in Coleman v. Soccer Association of Columbia.

What Is Contributory Negligence?

Some people come to this page not looking for Maryland law on contributory negligence but want to understand what it is.  Maryland is a contributory negligence jurisdiction. Comparative negligence in our state is only applied in certain federal causes of action that often get tried in Maryland’s Circuit Court, such as Federal Employers Liability Act (FELA) claims for railroad employees and the Jones Act for maritime workers.

Contributory negligence is when the victim cannot act as an ordinarily prudent person would with the knowledge and appreciation of the dangerous conditions in her path.  If a plaintiff is even 1% responsible for their injuries, then the victim cannot recover under Maryland law.  Usually, contributory negligence is a jury question, and jurors do not always take this doctrine to this zenith.  But it is still the law in Maryland, as the court has made clear in Coleman v. Soccer Association of Columbia discussed above.

Does Foreseeability a Part of the Contributory Negligence Calculus?

Foreseeability of injury is an important ingredient in the application of contributory negligence. “Presence or absence of reasonable foresight is an essential part of the concept…[A victim] is not bound to anticipate negligent acts or omissions on the part of others unless, under the circumstances, an ordinarily prudent person would know, or should know, that it was not safe to make the assumption of due care on the part of the other person.” Sanders v. Williams, 209 Md. 149, 152, 120 A.2d 397 (1956).

Does Contributory Negligence Apply to a Claim of Strict Liability?

Contributory negligence is not a defense to a strict liability case in Maryland.

Who Decides If the Plaintiff is Contributory Negligent in Maryland?