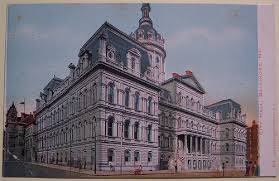 I was planning on writing a rant about dealing with adjusters in claims against Baltimore City. Instead, I’m just going to cut and paste some notes we have taken in our efforts to resolve this car accident claim. No liability dispute, everyone agrees a huge truck owned by the City rear-ended my client. The problem is getting the City to make an offer.

It is easy to stick your chest out when you are dealing with a recalcitrant defendant and say we are just going to sue. But that comes with costs and, with my office, an increase in attorneys’ fees. So it makes more sense for the clients in some situations to just wait out the insanity. But, really, get a load of this:

12/22/2010 – JES – called the main line for Baltimore City Government – [410-396-3100] and asked for a supervisor’s name for __________. The lady informed me she did not have a supervisor’s name, but she may be able to put me through to someone who can help. I was then transferred to a general voicemail for the law department. Instead of leaving a message, I called the CR herself. When I told her who I was and where I was calling from, she knew exactly which client I was going to reference and said, “it’s scheduled for Tuesday.” Before I even got a chance to ask any further questions, she hung up the phone.

12/07/2010 – JES – called and spoke with CR; she got snippy with me when she realized who I was calling on. “Didn’t you just call yesterday?” I informed her that my persistence was due to the fact that the demand has been out since mid-August. She said to tell the attorneys, “A memo needs to be created, this is a process.”

11/19/2010 – JES – CR called from home office; she said she had an emergency dental situation, but she would try to call me on Monday upon her return with an offer.

11/04/2010 – JES – called and spoke with CR; she said she just got back from vacation and is straightening out her desk, but as she said before, this is top priority. She said she will call me back by 3:00 PM this afternoon.

11/01/2010 – JES – tried to leave message for CR, but the recording states that she has an “extended absence greeting and will not be accepting any new messages?” I will follow up.

10/12/2010 – JES – CR called back; she said she has completed the evaluation and she just got the city report from the safety agency; she needs a few days to review the report as it was quite lengthy. She will be out of the office from 10/22/2010 — 10/30/2010, but she said she has made it a top priority upon her return. The only thing she is missing is a “demand figure;” placed DRAFT letter on RVM’s desk regarding policy limits.

09/16/10 RVM Message adjuster; she called back; I also spoke to GEICO who has not returned subro yet. We can expect an offer next month at some point. J, I would call in about three weeks.