[EDITOR’S UPDATE: There is a verdict: click here for blog on the good news of a VERDICT in Pearson v. Chang.] 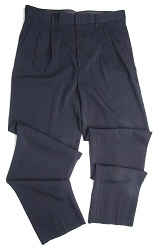 Pearson v. Chang was the McDonald case of the last decade

If Roy Pearson did not exist, advocates of tort reform would invent him. Mr. Pearson is an administrative law judge who sued his neighborhood dry cleaner for misplacing his pants. Two years, over 1000 hours of Mr. Pearson’s time, thousands of pages of legal pleadings, and discovery later, Pearson continues his battle against the dry cleaner. His complaint seeks $65,462,500 from the dry cleaner, including compensation for such things as “mental suffering, inconvenience, and discomfort,” for the value of the time he has spent on the lawsuit, and, my favorite, for leasing a car every weekend for 10 years because there is no dry cleaner close to his house. If you didn’t get that the first time, this is over a single misplaced pair of pants.

The Insanity of the Claims

How did Pearson arrive at this number?  He sought $500,000 in lawyer’s fees, $2 million for pain and suffering, and $15,000 because he needed to rent a car to go to another dry cleaner.  I’m tempted to respond to these damages, but you really can’t fight crazy.  What about the remaining $50 million?  That was a part of his class action on behalf of lost pants sufferers from this dry cleaner everywhere. The dry cleaner denied the plaintiff’s allegations, insisting that the pants they gave him are the same pants he brought in to be altered.  But let’s face it.  It is an incredible hassle to be sued with insurance.  So the dry cleaner has offered $12,000 to settle. But Pearson plugged forward, seeking a big payday for his lost pants.

How This Case Turned Out

People don’t understand this, but it is not that amazing that this case got filed.  We have 312 million people and nearly a million lawyers.  Some crazy things will happen.  But even when the case became public, you would think friends and family and his own conscious would intervene.  Judge Pearson (was he ever called that?) kept plugging ahead with full steam. Ultimately, the system works, at least a little.  District of Columbia Superior Court Judge Judith Bartnoff ruling in favor of the dry cleaners.  Naturally, Pearson appealed and appealed, but it ultimately went nowhere.

The Impact of this Case on Tort Reform

Why do I say that tort reform advocates would invent Pearson? This is a consumer claim, not a personal injury claim. But, believe me, personal injury lawyers face the consequences of nonsense every single time we pick a jury. This makes jurors more skeptical of people bringing claims of any kind, including accident and medical malpractice cases. Personal injury victims deserve a jury who will evaluate a case with no preconceived notions. The publicity generated by this kind of case makes getting that fair jury more difficult.