Parkinson’s disease is a devastating neurologic condition in which the brain gradually loses control of body and muscle functions. The exact causes of Parkinson’s disease have always been somewhat of a mystery. Recently, however, new scientific evidence has shown that Parkinson’s disease can be caused by long-term exposure to certain chemicals such as herbicides, PFAS, and solvents. The link between chemical exposure to Parkinson’s is currently being litigated in at least 2 different mass torts: Paraquat and Camp Lejeune.

Parkinson’s disease (PD) is a progressive neurologic condition that occurs when nerve cells in the part of the brain which controls body movement (the substantia nigra) begin to degenerate. When the nerve cells degenerate, they become impaired and eventually die and lose their ability to function by producing a key chemical called dopamine.

Parkinson’s disease symptoms typically begin when 80% or more of these dopamine-producing nerve cells are lost. In a normal person, the dopamine produced by these nerve cells is like the engine oil for the brain. It helps facilitate and enable neurotransmission among the brain cells that coordinate the movement of the body. Parkinson’s disease patients do not have dopamine to fuel their brain functions and the brain gradually loses its ability to move the body. 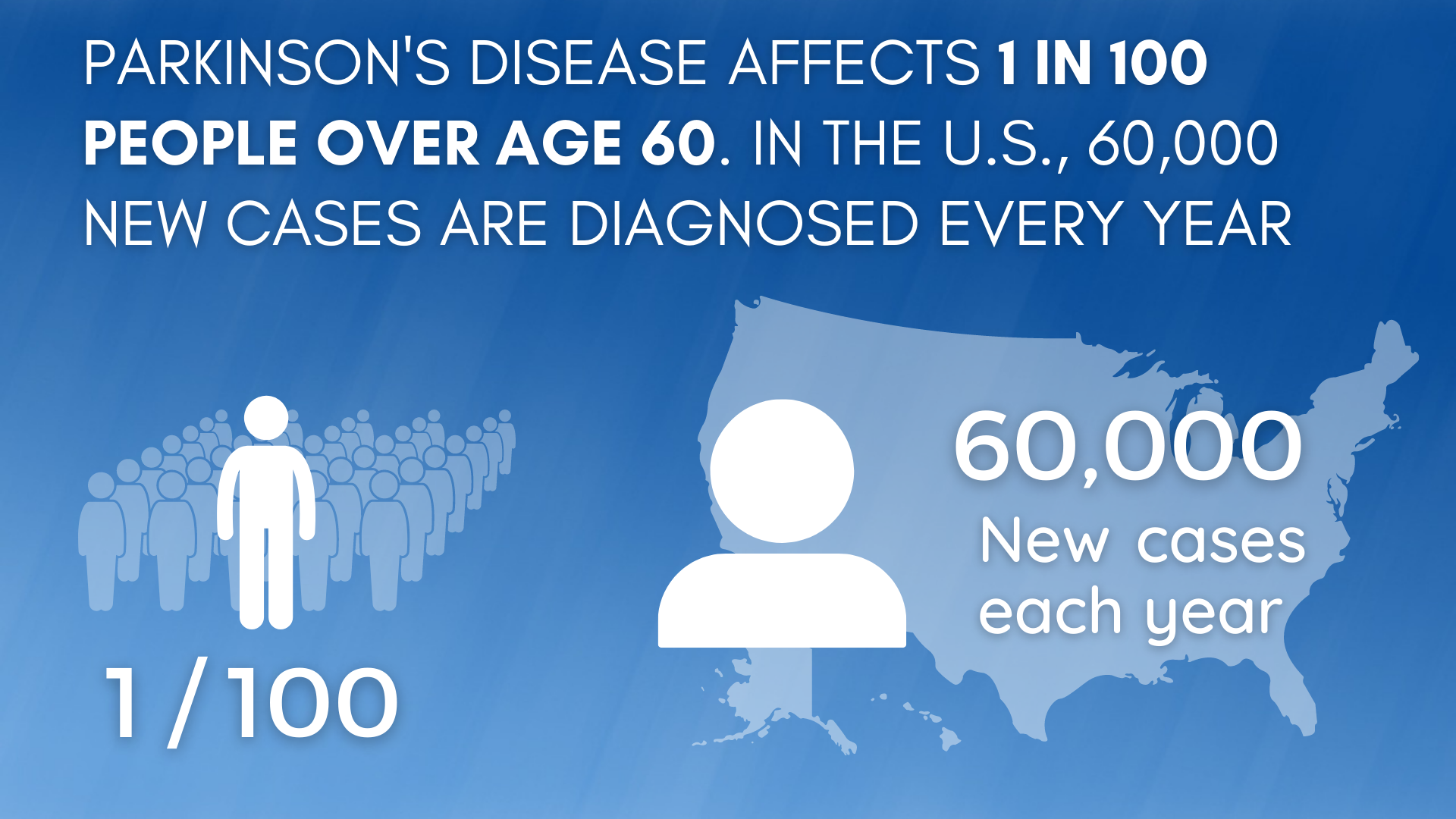 There is no known way to slow or reverse the progressive degeneration of the nerve cells that causes Parkinson’s disease. Treatment options are basically limited to medications that can help relieve the physical symptoms caused by the disease by stimulating the production of additional dopamine in the brain.

How Common is Parkinson’s Disease?

Approximately 60,000 new cases of Parkinson’s disease are diagnosed in the U.S. every year and an estimated 1.5 million people are currently living with the disease. This makes PD somewhat uncommon or even rare compared to other diseases. For example, about 130,000 cases of Alzheimer’s disease get diagnosed each year. Around 20,000 PD related deaths are recorded annually.

The exact cause of Parkinson’s disease is not fully understood. Most scientists currently believe that PD is triggered by a complex combination of genetics and/or environmental factors. For a long time, genetics was believed to be the more significant factor. However, recent research has found that only around 15% of Parkinson’s disease cases can be definitively linked back to genetics.

Ongoing research on the link between chemical exposure and Parkinson’s disease has begun to definitively identify a handful of specific chemicals that appear to be associated with PD. The two chemicals with the strongest evidence of a causal link to Parkinson’s are (1) chlorinated solvents, and (2) pesticides and herbicides.

There is strong evidence showing that prolonged exposure to chemicals known as “chlorinated solvents” can lead to PD. The most common type of chlorinated solvent linked to Parkinson’s is trichloroethylene (TCE). TCE is a chemical solvent that is widely used by many different industries. TCE is used in commercial dry cleaning, and it is a common metal cleaner and solvent used on heavy machinery.

Pesticides and Herbicides Cause Parkinson’s Disease

There is even stronger scientific evidence of a causal link between Parkinson’s disease and chronic exposure to chemical pesticides and herbicides, specifically Paraquat. Paraquat is an industrial strength herbicide used in commercial agriculture. Since 2009, a growing body of research has established that occupational exposure to Paraquat over long time periods can cause Parkinson’s.

The emerging evidence showing that exposure to certain chemicals can lead to Parkinson’s disease is at the center of 2 major class action lawsuits that are currently ongoing.

Camp Lejeune is a military base in North Carolina. For decades, the water supply at Lejeune was contaminated with TCE and other solvents. Public health studies were done to examine the impact that this contaminated water had on the health of Lejeune residents and employees.

In 2017, the Veteran’s Administration identified a list of diseases and health conditions that could be presumptively linked to the contaminated water at Camp Lejeune. One of the “presumptive” Camp Lejeune diseases on this list was Parkinson’s disease.

In August 2022, Congress passed a new law that gave victims of the Camp Lejeune water contamination the ability to bring civil lawsuits and seek compensation for their injuries. Thousands of former Camp Lejeune residents and employees who were subsequently diagnosed with Parkinson’s disease are now bringing Camp Lejeune Parkinson’s disease lawsuits under the new law. Since Parkinson’s was one of the diseases that the VA listed as presumptively connected to Camp Lejeune, causation in these cases will be simple to prove.

The recent discovery that long-term exposure to the herbicide Paraquat can cause Parkinson’s disease sparked a major wave of Paraquat product liability lawsuits. These lawsuits are primarily being filed by former farm workers who used Paraquat on the job for years and were later diagnosed with Parkinson’s disease. The lawsuits allege that the manufacturer of Paraquat, Syngenta, Inc., knew about the link between Paraquat and PD and failed to warn about it.

The Paraquat Parkinson’s disease lawsuits in the federal courts were consolidated into a class action MDL in the Southern District of Illinois. The Paraquat MDL has been one of the fastest-growing mass torts in 2022. The MDL currently has 1,925 pending cases and an average of 200 new cases are added each month. The first bellwether test trial in the Paraquat class action is set for July 2023.

If you or a family member have been diagnosed with Parkinson’s disease and you believe that your disease may have been caused by exposure to chemicals, call our national product liability lawyers today for free consultation.