The Michigan Supreme Court came out a few weeks ago with a very interesting opinion in favor of the Plaintiff in a malpractice claim that most likely would fail in Maryland.

The doctor’s malpractice attorneys argued that the allegation that the doctor’s negligence reduced the risk of stroke from 10 to 20 percent to less than 5 to 10 percent was not enough to get the claim to a jury because the loss did not meet the burden of proof on proximate causation. The 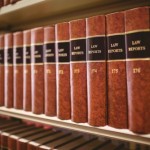 doctor argued that Michigan law is whether the opportunity to achieve a better result was greater than 50 percent. Under this law, if the plaintiff could not prove that receiving the alleged appropriate treatment would have decreased his risk of injury by 50%, the plaintiff’s claim would fail.

Thankfully, a divided Michigan high court found that this is not the law and that malpractice cases such as this should be decided under a simple principle: the plaintiff is required to prove that the doctor’s negligence more probably than not caused the plaintiff’s injury.

Regrettably, Maryland goes in a different direction on these types of cases as I have previously discussed. One thing Maryland has Michigan beat on is collegiality among the judges on the court. Battles in the Michigan Supreme Court are both political and personal in a way that would shock Maryland lawyers. Judges quoting political statements made by other judges to the press, the judge that wrote the majority opinion writing separately to refute one judge’s personal attack – if you have no interest in this issue it is worth reading the opinion just to get a taste of what this different world is like.

END_OF_DOCUMENT_TOKEN_TO_BE_REPLACED 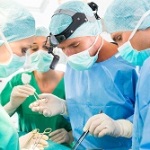 END_OF_DOCUMENT_TOKEN_TO_BE_REPLACED

In recent years, we have been picking up more malpractice cases — primarily birth injury cases — in jurisdictions outside of Maryland and D.C.  We have handled claims close to home like Pennsylvania and West Virginia and we have also handled (and settled) cases as far away as Oregon.

To do this, we needed to get up to speed on the basics of malpractice calls in that jurisdiction.  Not so much to handle the case — we have local counsel for that — but to screen the case to evaluate whether it is a viable claim to bring.   It is important, of course, to know if the state has caps on malpractice cases and we have done that research.

But, honestly, you also need to know whether there are significant caps on attorneys’ fees because it has a real impact.  Taking a birth injury case in New York, for example, is a very tough play economically because you are only getting 10% of everything over $1 million.

END_OF_DOCUMENT_TOKEN_TO_BE_REPLACED

I look at every medical malpractice case that gets filed in Maryland.  It is incredible to me how many lawyers wait until the last minute to file a lawsuit.  In Dunham v. University of Maryland Medical Center, a bedsore case decided a few weeks ago by the Maryland Court of Special Appeals, underscores the hot water you can get in when you wait until just before the statute of limitations to bring your claim.

Plaintiff originally sued his health care providers for medical malpractice based on failure to prevent and treat pressure sores. The case was initially filed in the Health Care Alternative Dispute Resolution Office (“HCADRO”) then transferred to Circuit Court. All medical malpractice actions in Maryland must be supported by an expert certificate that complies with certain conditions. Md. Code Ann., Cts. & Jud. Proc. § 3-2A-04(b) (2013 Repl. Vol.). If the expert certificate does not satisfy the requirements, the case must be dismissed unless the plaintiff obtains one of the statutory time extensions.

END_OF_DOCUMENT_TOKEN_TO_BE_REPLACED

As I have said before, a jury trial is about assigning blame.  The three suspects are the plaintiff, defendant, or “it happens.”  Defense lawyers’ preference is being able to blame the plaintiff.

In medical malpractice cases, the plaintiff often makes choices that put them in the spot of needing treatment or surgery.

The most classic case is a lung cancer misdiagnosis case where the plaintiff smoked two packs of cigarettes a day.  Yes, the guy got cancer because he smoked.  But that does not relieve the doctor of the obligation to see what is there to be seen and uncover his lung cancer if there are signs and symptoms that are there to have been seen.  In Barbosa v. Osbourne, the Maryland Court of Appeals took a more nuanced look at when contributory negligence can be applied to medical negligence cases.

END_OF_DOCUMENT_TOKEN_TO_BE_REPLACED

Last week in Lamalfa v. Hearn, the Maryland Court of Appeals held that medical records could be admitted over hearsay objections when the records are relied on by an expert witness and the records satisfy 4 conditions of Maryland Rule 5-703(b).

Like most states, Maryland has a statutory business records exception to the hearsay rule.   The thinking is that businesses — most businesses, anyway — keep reliable records which makes them more trustworthy than other forms of hearsay.  So admitting hospital records into evidence is a common practice in malpractice and other injury and wrongful death cases.

END_OF_DOCUMENT_TOKEN_TO_BE_REPLACED

Jury Verdict Research has some interesting statistics on the value of different types of medical malpractice.

Malpractice cases are among the toughest to pick. We have taken great pride in getting verdicts and settlements in malpractice cases that other lawyers have summarily turned down. It really makes you feel super smart when that happens. But I know we have turned down many seven-figure malpractice cases in the last 10 years. Everyone approaches these cases from various angles and sometimes one malpractice attorney sees what another attorney

What These Malpractice Statistics Show?

END_OF_DOCUMENT_TOKEN_TO_BE_REPLACED

More often than not, a jury trial in a wrongful death or severe injury case is about assigning blame.  Jurors want someone to blame for the harm that was caused.  Usually, this is either the plaintiff or the defendant.  In medical malpractice cases, jurors may also point to bad luck as the cause.

For defense lawyers, one of the best targets for responsibility is an empty chair, either a dismissed or unnamed defendant.  This is a more substantive target than mere bad luck and it allows the jury to meet its perceived obligation of assigning clear responsibility.  It is also just helpful to point the blame to someone who is not in the room to defend themselves.  In Copsey v. Park, the Maryland high court addressed the question of whether the defendant could point to the empty chair of doctors who had already settled before trial.

END_OF_DOCUMENT_TOKEN_TO_BE_REPLACED

Davis is a nursing home type case.  According to the Complaint, the Plaintiff was admitted to Frostburg Village, a nursing rehabilitation center in Allegany County,  following back surgery. Two days later, Plaintiff’s mattress came loose from her bed and “slid off the bed frame, causing Ms. Davis to fall to the floor.”  The facility used a mechanical lift to put the woman back in bed because Frostburg is a no lift facility.  The nurse allegedly used the lift improperly — releasing the net holding the patient too soon — and dropped her on the floor.