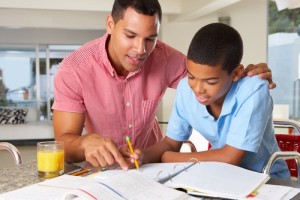 comes at issue. You rarely contract with the person causing you harm unless you are a patient and the world has not gone so mad as to allow doctors and hospitals to get patients to waive future malpractice claims against them. But a few times a year, a case will come across my desk where the injured victim signed something that arguably waives their right to bring a personal injury claim against the party responsible for their harm.

There are arguments on both sides of this. One side says adults should be able to agree by contract to whatever they want, including waiving tort claims. The other side points out that this is usually the small print on the contract between parties with unequal bargaining positions. Stated a little differently, if you and I go whitewater rafting, and I refuse to go based on some silly waiver language with the guy giving us the rafts, well, I don’t think you will ever ask me to go on a trip with you again. (There are also good moral hazard arguments by those who think consumers should be able to waive their tort rights.) I see both sides of the argument.

There is no such argument pending in Maryland’s appellate courts. The case law is clear that consumers can waive their rights to bring a personal injury claim by contract. The Maryland Court of Special Appeals this month in Rosen v. BJ’s Wholesale Club looked at a thinner slice of that question: can parents waive the rights of their minor children?

Here’s what happened. Plaintiffs’ take their three kids to BJ’s in Baltimore County (either Owings Mills or Hunt Valley I think). They park them in the BJ’s Kids Club. (I never even knew BJ’s had a kid’s club.) The kids’ club is a free babysitting service for kids to use while their parents shop. I can’t imagine it being all that nice but it reads well on paper: fixed playground structure with multiple levels, activities and entry points, murals, wall-mounted play stations, and movable play equipment. BJ’s had the parents sign a “If we hurt your kids you can’t sue us” waiver. I might paraphrase a bit.

I’m being a little whimsical in my telling of the facts, but the story turns serious. The parents’ five-year-old boy falls off a “Harry the Hippo” and falls, hitting his head at the play center and then fell approximately thirty-eight inches, striking his head on a concrete floor covered with a thin layer of carpet. The boy suffered life-threatening injuries. The boy went to the hospital. A CT scan found a large, acute epidural hematoma in the right temporal lobe of his brain. He was then transported to Johns Hopkins Hospital, where he underwent a craniectomy to relieve the fluid buildup in his brain.

(Post Aside: When I started reading this case, I was thinking the facts would be weak for the plaintiffs. But this is a good case on liability, right? You can’t have a concrete underneath a climbing area. If the kid fell off a chair or something on concrete, that would be one thing. But under a hippo thing that you climb on? That sounds like negligence to me.)

The issue is whether a parent may waive all future tort claims that his or her child may have. It was a case of first impression in Maryland. Baltimore County Circuit Court Judge Thomas J. Bollinger ruled in favor of BJ’s, finding that summary judgment was appropriate because there is no “alternative law for adults who sign exculpatory clauses for their children.” Plaintiffs appealed.

On appeal, BJs argued a release is a release, saying parents speak for their children, citing examples of laws to underscore that Maryland respects the parents’ right to decide for their children. Parents can home school their child, settle tort claims on their behalf, allow them to give blood, and so forth. (BJ’s also tried to argue that it mattered that they were offering a free service, which is ridiculous. Their kids’ club is not to help the community but to get people in that store. It was a weak effort to make BJ’s Kids’ Club a little mini non-profit. Reading the opinion, you can see why they made the effort. The court does, as mentioned below, seem to create a “for-profit” rule.)

The plaintiffs’ argument is really that other jurisdictions don’t bar minor kids’ tort claims with these releases and “C’mon, we have to protect the children.” Actually, they said a lot more than that, but they could have just left it at this.

The plaintiffs’ argument carried the day. The Court of Special Appeals found that Maryland public policy requires giving the child the benefit of the doubt (my summary, not the court’s words). The court also found that since you, the parents, can’t waive the child’s rights, they can’t waive their own claims that derive from the negligence (mostly, presumably, medical bills).

The court’s opinion focused on the fact that BJ’s is a for-profit enterprise. This same court might come to a different conclusion if the defendant was a local youth sports’ association or something. Really, the details of what our law really will be will most likely be decided by the Maryland Court of Appeals. I suspect our high court will take this case.

You can find the full opinion in Rosen V. BJ’s here.