When trying to figure out the settlement value of a personal injury case, trial attorneys pull from usually only one resource: their own experience. We pull from our own cases and from cases we have heard about from other lawyers. But how good are we at valuing cases?

First, it is important to underscore how unbelievably important this skill set is for trial lawyers. Mostly when a case goes to trial, it is because someone miscalculated the value of the case. The insurance companies rely heavily on data in valuing cases (which sometimes reliably cements their reputation as unfeeling robots). While they deny it, they continue to believe that they can predict how much money a jury is likely to award based on the relationship between the amount of special damages (medical bills and lost wages) and the award for noneconomic damages. Sometimes this logic holds. The key skill for personal injury lawyers if being able to identify which cases defy the data because of intangibles that data cannot measure. 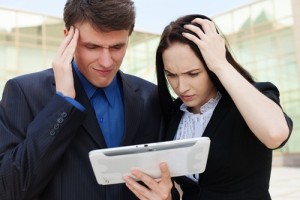 An article titled “Predicting Civil Jury Verdicts: How Attorneys Use (and Misuse) a Second Opinion” written in the Journal of Empirical Legal Studies provides the answer how personal injury attorneys do as a class in estimating verdicts: not good.

This study underscores the importance – particularly for solo practitioners – of getting multiple opinions on the case. A couple times a week at our firm, we will end up talking/arguing about the value of a case.

But we circle back to a leitmotif: there are a lot of variables at play in figuring out the value of a case. It is hard to convey all the relevant facts in a case to another lawyer by having that attorney read the medical records, meet the client, read her deposition transcript, and so forth. If you are not providing all the relevant information — which is hard to do — it is tough for even the best lawyer at valuing cases to give you a meaningful opinion. This study, which valued cases by reading jury verdict reports, really did not control for this. But the take-home message is clear: get second, third, and fourth opinions on how you evaluated the case.