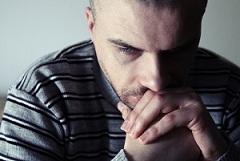 In Young v. Swiney, the U.S. District Court of Maryland was presented with an interesting, albeit depressing question: Can a suicide, two years after a truck crash, be causally related to the accident?

There was no dispute as to liability.  The defendant trucking company sought summary judgment on plaintiffs’ wrongful death claim, alleging that there was no evidence that a reasonable jury could rely upon to establish this suicide, two years after the accident, could be causally related to the crash.   Defendant also sought summary judgment for economic losses after the suicide, claiming that his death was, “a superseding and/or intervening cause” of his death that acts as a bar to future economic losses.   As creepy as that argument is, it does logically follow that that if the crash did not cause the suicide than the economic losses should, as a matter of law, be terminated as well.

Sometimes, the injuries from a motor vehicle collision can set a life that is on course, very much off course.  I’ve seen it happen too many times.  As plaintiffs’ lawyers, we often forget we are seeing people at possibly the worst moment of their lives.  The decedent’s life, in this case, fell right along this path.  His life got turned upside down when he was rear-ended by defendant’s eighteen-wheel tractor-trailer truck in Cecil County back in 2010.   Among his injuries, notable for what happened later, was a head injury.  He could not go back to work and got fired from his job because of the accident because Maryland law inexplicably makes getting hurt in an accident a fireable offense.

He started seeing a psychologist after he lost his job.  He told his psychologist he was extremely depressed from the accident.  His temper flared easily, a common side effect of even a mild traumatic brain injury, to where his wife and two daughters had moved to Florida for a time to get out of his path. Eventually, he killed himself.

Clearly, courts are loath to jump, wary of “such and such caused my suicide” cases.  The plaintiffs here would have close to zero chance of collecting a life insurance policy that claimed the accident was the genuine cause of the death.   There is a view, as the court pointed out, that suicide is a common-law crime and bars any wrongful death claim.

Thankfully, Maryland law has not adopted this rule and uses the more flexible rule that it is a question of proximate cause given all the facts and circumstances.   Here, the plaintiffs’ are proffering a medical expert to opine that it is more likely than not that had this accident not occurred, this man would not have committed suicide.

Much earlier in my career, I was involved in the SSRI litigation involving claims that antidepressants were paradoxically causing some people to commit suicide.   The one thing I learned from meeting with some leading experts on antidepressants and suicide throughout the country is that suicide is a very complicated thing. These are tough cases and plaintiffs here have not won — they just made it past summary judgment.  The trucking company will pick through this guy’s life and explain all the other reasons this accident was not the reason he committed suicide.

Still, in the final analysis, it boils down to this: would this man have committed suicide if this accident had not happened? Granted, I know little about this case.  But you have to guess that with the man’s treating psychologist testifying that this is the driving cause, plaintiffs have more than just a puncher’s chance.