Does a PIP Claim Increase Your Insurance Premiums?

Many of us fear – some irrationally – our car insurance rising. Most people assume that making a PIP claim will lead to an increase in your insurance premiums.  In Maryland, they no longer can. This article explains our law.

Once upon a time, this was a rational fear in Maryland. Before 2010, the Insurance Commissioner permitted motor vehicle insurers to increase premiums after their insureds made no fault claims for collisions that were through no fault of the insured.

In 2009, the Maryland General Assembly enacted legislation to amend § 19-507(c) of our Insurance Article so an  insurer that issues a policy that contains Personal Injury Protection coverage may not impose a surcharge or re-tier the policy for a claim or payment made under that coverage.  Moreover, the insurance company has an obligation to tell you this in writing.

Why Companies Would Want to Raise Your Rates When It is Not Your Fault? 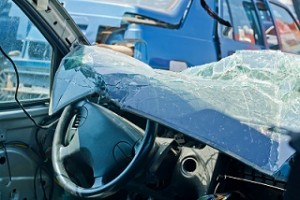 Insurers look for reasons to raise your rates.

I have a few clients that are frequent flyer car accident plaintiffs.  These are people who have been in three or four car accidents over the last 10 years.

I know what you are thinking: faker.  Let me tell you: we are not taking the faker baker case.  If we are your counsel, you have an actual case. The one client I’m thinking of who was in three crashes in the last 10 years was in real crashes with real injuries and the accident was not his fault.

So one of two things is happening here.  He is just unlucky or something else.

I think there is a more sinister reason as well that insurance actuaries pick up when crunching the numbers.  There is a portion of the population that does not like to make claims.   They get in a collision that leaves property damage and they say, “Ah, I don’t want to make a claim.  I’ll fix it myself.”  Insurance companies love these people.  When you make a claim, it is less likely you are one of those people.

In any event, it is all good now.  The insurance companies cannot raise your premiums for making a PIP claim.

We get a lot of questions on PIP and taxis although it is less lately with the rise of Uber the Lyft. The Maryland Court of Appeals ruled in Nasseri v. GEICO that the driver of a taxicab that did not have PIP coverage who was injured in an auto accident had PIP coverage under the taxicab driver’s own personal motor vehicle policy for his injuries.

In this case, Plaintiff’s taxicab collided with another car in Montgomery County. At the time of the accident, Plaintiff maintained a separate policy of auto insurance with GEICO for his personal car. The policy provided for PIP coverage in the event of personal injury resulting from an auto accident.

Plaintiff’s claim for PIP benefits was denied. The District Court found in favor of GEICO and the Montgomery County Circuit Court hearing the case de novo, affirmed the judgment.

Plaintiff’s attorney, who should be commended for putting this much effort into such a minor case, appealed, arguing that the PIP policy exclusion was not permitted by Section 19-505 of the Insurance Article of the Maryland Code and thus was invalid and unenforceable.

Plaintiff also argued that the ‘Plaintiff was injured in a motor vehicle accident not because he was in a taxi but because the other vehicle was not a taxi cab.

The Maryland Court of Appeals, in a unanimous opinion written by Judge Eldridge, agreed and reversed the lower court’s opinion, specifically rejecting the argument that Plaintiff was not entitled to coverage because the Insurance Article excludes a “taxicab” from the definition of “motor vehicle.”

While this case will not have a big impact on personal injury law in Maryland, I am happy our high court remains committed to interpreting the insurance code liberally to provide victims with at least the minimum coverage requirements.