Our Maryland-based attorneys are reviewing Camp Lejeune water poisoning lawsuits in all 50 states.

For 35 years (from the 1950s to the 1980s) an estimated 1 million former residents and employees at the Camp Lejeune Marine Corps base in North Carolina were being supplied with drinking water that was poisoned with massive levels of industrial chemicals. Subsequent studies have shown that exposure to these chemicals caused former Camp Lejeune personnel to suffer higher rates of cancer, birth defects, and other diseases.

Two months have passed since the CLJA was enacted. During the first month, over 3,000 CLJA claims were filed with the JAG Tort Claims Unit. Based on information received from other lawyers, we believed that there are currently between 50,000-100,000 Camp Lejeune cases signed up and either filed or waiting to be filed.

A big question on the minds of Camp Lejeune attorneys and plaintiffs is will the government try to settle CLJA claims or aggressively defend them?

Let’s be honest: no one knows.  This litigation is just two months old.  But our lawyers had hoped for early settlements for both the Navy, the JAG, and, of course, victims.  The thinking – shared by many Camp Lejeune lawyers – was that the Navy and DOJ might look to quickly settle a big percentage of Camp Lejeune lawsuits. What is early?  The six-month window before a lawsuit can be filed.

The hopes have been quelled by the pragmatic realities.  The government is not thinking of settlement. It is thinking that it has to build a system to make settlement offers in the first place.  That means don’t expect settlement amounts to be offered in 2022.

Camp Lejeune is a huge Marine Corps base and training installation near the mouth of the New River on the North Carolina coast. The base was established back in 1942 in response to the U.S. military buildup for WWII. Today, Camp Lejeune encompasses over 250 square miles and is garrisoned by the 2nd Marine Expeditionary Force and the Marine Special Operations Command. 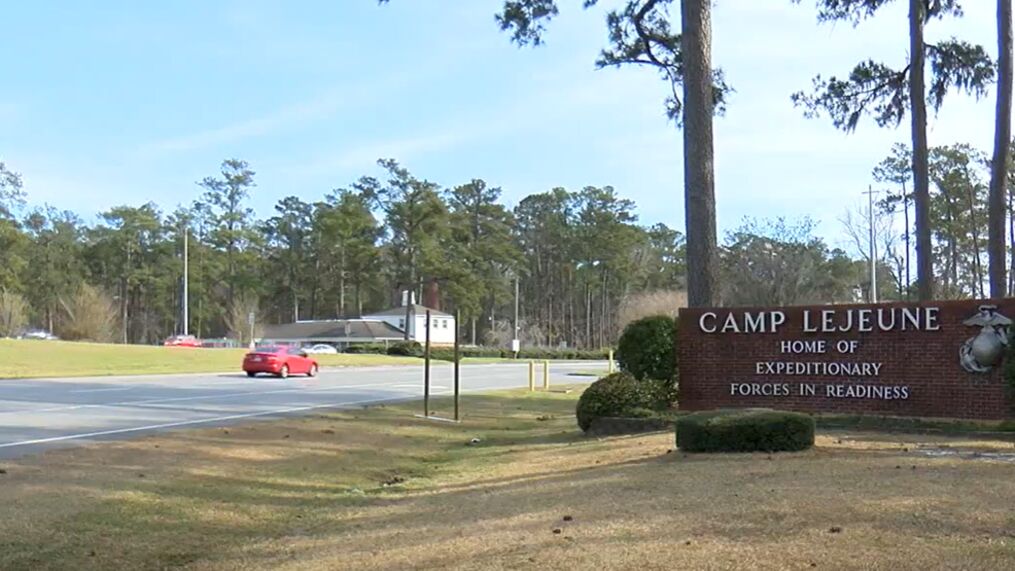 Camp Lejeune has on-base military housing and short-term barracks that have been occupied regularly since the base was first opened. Countless civilian employees have also worked at Camp Lejeune over the years.

Recent studies estimate that well over 1 million people lived or worked at Camp Lejeune between 1953 and 1987. The vast majority of those who lived on base at Camp Lejeune were relatively short-term residents stationed there for a few weeks or, at most, a few years.

In the 1980s, new environmental regulations prompted the Marine Corps to have testing performed on the water supply systems servicing Camp Lejeune.

This testing revealed that two of the primary drinking water supply facilities at the base were providing water that was extremely high levels of toxic industrial chemicals.

Initially, the USMC ignore the issue and continued to allow base residents to receive the contaminated water.  It was not until 1987 that both of the poisoned water facilities were shut down. Extensive testing and studies were later done which concluded that the full-time range of the water contamination at Camp Lejeune was from 1953 to 1987. It is believed that somewhere between 750,000 to 1,000,000 people drank and used the poisoned water at Lejeune throughout these 35 years.

Marines and their families at Lejeune drank and bathed in water with over 70 chemicals at levels more than 240 to 3400 times the maximum safe levels set by health agencies. The primary chemicals involved were:

The source of the PCE contamination has been directly linked to a commercial dry-cleaning business called ABC One-Hour Cleaners, which operated just outside the Camp Lejeune base limits. The ABC business used PCE in its dry cleaning and improperly disposed of it causing the groundwater to become contaminated.

The TCE and benzene contamination came from years of improper use and disposal of chemicals used on the base for cleaning weapons and equipment. Over the years, these chemicals were poured directly into the ground or stored in metal drums that were left in-ground and eventually rusted and leaked.

All 3 of the toxic chemicals that were contaminating Camp Lejeune’s water supply for 35 years are known to be dangerous and have been shown to cause specific types of cancer, birth defects, neurologic disorders, and other adverse health consequences. Studies have demonstrated that chronic exposure to TCE, PCE, and benzene causes significantly higher rates of various types of cancer, including:

In addition to cancer, various other diseases and serious adverse health effects have also been scientifically linked to TCE and PCE exposure. These include aplastic anemia (and other myelodysplastic syndromes) and neurologic disorders such as Parkinson’s disease. The list of non-cancer disease and health conditions linked to the water contamination at Camp Lejeune include:

Various studies have indicated that exposure to chemicals such as TCE, PCE, and benzene during pregnancy can trigger certain types of birth defects. In the early 2000s, the Agency for Toxic Substances and Disease Registry (ATSDR) was tasked with performing a retrospective study to evaluate the rate of birth defects in pregnant women who lived at Camp Lejeune from 1968 to 1985. 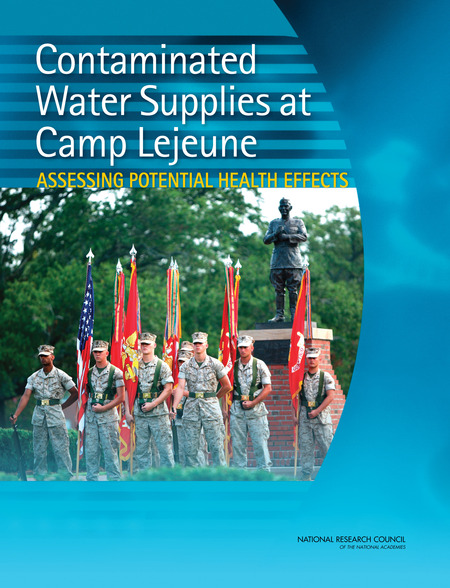 Nearly 1 million former residents and personnel at Camp Lejeune were exposed to the contaminated water on the base between 1953 and 1987. Many thousands of these individuals have already developed cancer, birth defects, and other devastating health conditions as a result of exposure to the chemicals in the Lejeune water supply. Unfortunately, however, none of these victims have been able to pursue compensation in a civil lawsuit.

The existence of the water contamination at Camp Lejeune did not become public knowledge until years later. When former Lejeune residents eventually became aware of the issue, many of them who had developed cancer and other conditions rightfully filed civil lawsuits against the federal government seeking compensation. Several hundred of these cases were eventually consolidated into a multi-district litigation (MDL) (In re: Camp Lejeune, NC Water Contamination Lit., 1:11-md-2218) in the Northern District of Georgia.

All of these civil lawsuits filed by victims of Camp Lejeune water contamination were eventually dismissed based on North Carolina’s statute of repose. North Carolina’s statute of repose strictly prohibits any tort lawsuits filed more than 10 years after a claim arises. This effectively blocked all of the Lejeune plaintiffs and led to the dismissal of all cases.

Not surprisingly, this result prompted a lot of public outrage. Many viewed it as the federal government essentially turning its back on thousands of innocent victims (most of whom were former Marines who proudly served their country). This backlash eventually led to the introduction of a new federal law in Congress called the Camp Lejeune Justice Act (“CLJA”) that was passed on August 10, 2022.

The CLJA gives Camp Lejeune victims a specifically recognized right to avoid the North Carolina repose statute and file a tort lawsuit in federal court. The CLJA was recently merged into a larger bill called the Honoring Our Pact Act, which was passed by Congress and signed by President Biden.

How Much Will Camp Lejeune Water Contamination Lawsuits Be Worth?

Assuming the CLJA is passed by Senate and signed into law, Camp Lejeune victims will have the right to file a civil lawsuit in the Eastern District of North Carolina. Under the current version of the CLJA, claimants will have to file within 2 years after the law is enacted.

Plaintiffs will need to prove that they lived or worked at Camp Lejeune between 1953 and 1987 and that they developed cancer or a health condition linked to water contamination. Successful plaintiffs will be entitled to the full range of damages available in tort cases (e.g., past and future medical expenses, pain & suffering, etc.). VA benefit payments they received for the alleged injuries will be used to offset any damages.

The national mass tort lawyers at Miller & Zois are now actively looking for new Camp Lejeune water contamination lawsuit cases. If you lived or worked at Camp Lejeune and were diagnosed with cancer, contact us today at 800-553-8082 for a free consultation.