Jury Verdict Research looked at plaintiffs’ jury awards to get an idea of the value of different types of business negligence injury.

The most frequent injury claim involved disc injuries, which made up 12% of the total cases. Interestingly, emotional distress was the next most frequently reported injury at 10%. No, I don’t know exactly what this means, either, but let’s go with it. Back strains, I’m thinking mostly soft tissue injury, was 7 percent. Bad faith, death, and spinal nerve cases each comprised 6 percent of the total plaintiff awards. Brain injury cases accounted for 5 percent, while head injuries, knee injuries, leg injuries, and shoulder injuries each accounted for 4 percent of the cases. All other injuries each made up 3 percent or less of the total number of plaintiff awards.

(Again, probability range is the 25th to 75th percentile of verdicts.)

The average business liability claim is worth a lot more than the average personal injury claim. Why?

The first, and most obvious, businesses typically have deeper pockets because they have better insurance coverage and assets to stand behind verdicts than most car accident cases. We have handled many car accident wrongful death cases where the recovery is $100,000 or less because there is no coverage. Serious injury and death business liability cases are also getting higher value because these injuries do not discriminate as much based on age. Many malpractice cases involve older patients – they are getting more treatment than younger people – so they get less in terms of future economic damages and their life spans are just not as long. 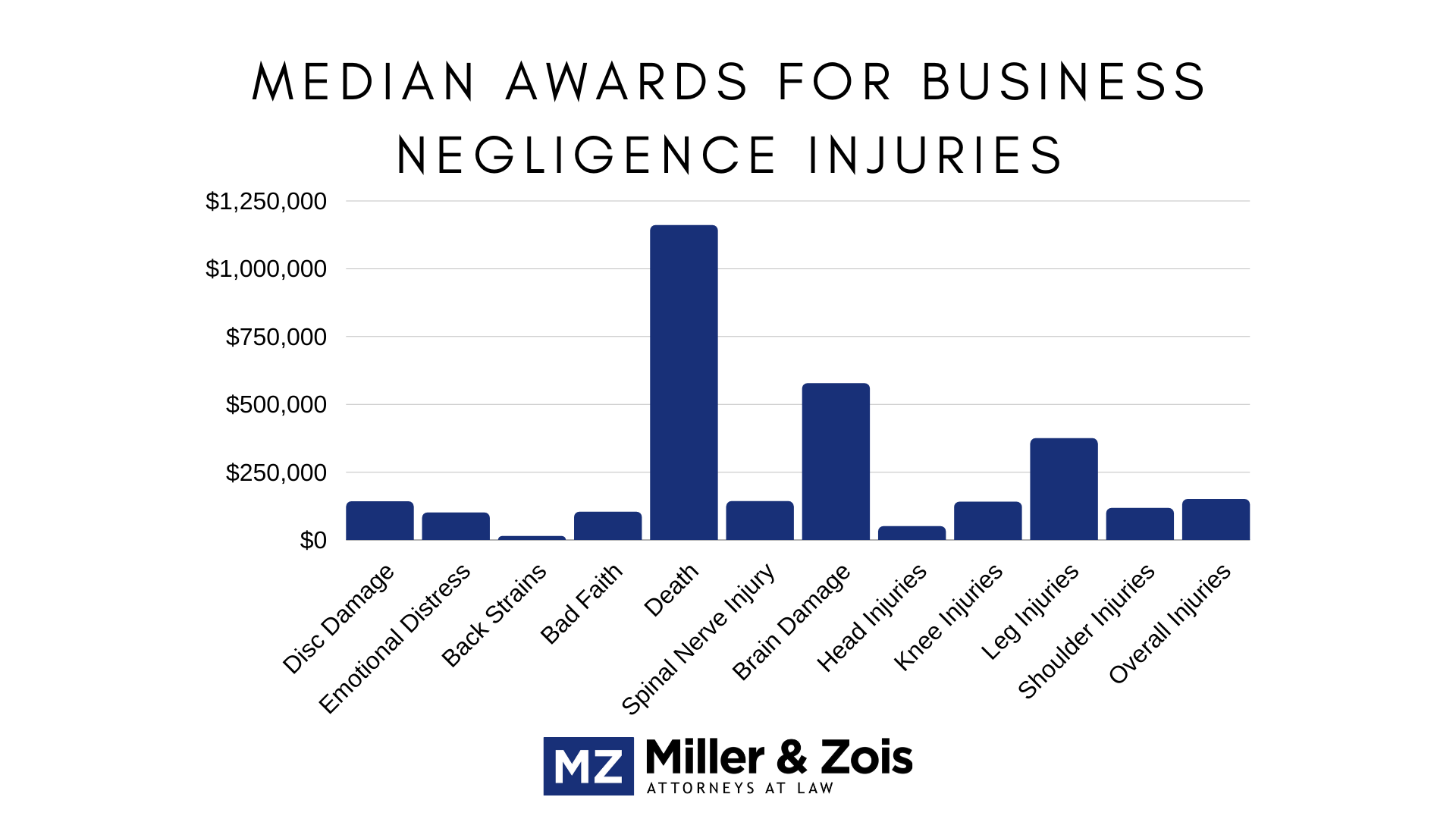 Maryland Verdicts Are Not This High

You should not expect to see verdicts this high in Maryland business negligence injury cases.  The reason is contributory negligence.   Theoretically, if you are looking at jury verdicts as opposed to settlements, it should make no difference.  If there is a verdict, ostensibly the jury found the defendant 100% responsible.  But it really does not work that way.   If a jury is making a tough call on liability, they will often compromise the damage verdict accordingly.   Some of this is subconscious and some of it is actually the result of a compromise in the jury room.   But average verdicts in Maryland are not quite what these verdicts would suggest.