The Defense Line – a publication of the Maryland Defense Institute – publishes a quarterly newsletter that includes a few “Hey, look, Ma, we got a defense verdict” pieces. Here is a sample: 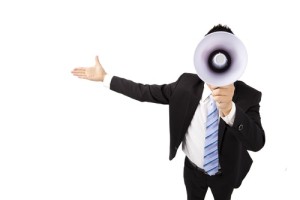 children) filed a lawsuit against Dr. Filart, Dr. Saba, and Dr. Saba’s partner, Dr. Lawrence Boas, alleging that Mr. Johnson’s pulmonary embolism was a result of the premature discontinuation of anticoagulant therapy (by Dr. Filart) and/or improper treatment of the DVT (by Saba and/or Boas). Drs. Boas and Saba, represented by E. Phillip Franke and Ace McBride of Baxter Baker Sidle Conn & Jones, were both voluntarily dismissed by the plaintiffs in the middle of the trial. Plaintiffs elected to continue their case against only Dr. Filart, represented by Carolyn Israel Stein and Jason Engel of Bonner Kiernan Trebach & Crociata. After a three week trial, the jury returned a defense verdict in favor of Dr. Filart after 45 minutes of deliberation. Plaintiffs had sought $1,200,000 in economic damages, plus noneconomic damages for the decedent’s alleged pain and suffering and the family member’s suffering due to the loss of their decedent.

Now, let’s be honest. I have bragged on this blog about large verdicts and settlements (maybe some against the defense firms listed here, although we leave that part out). Injured clients and insurance clients both want personal injury lawyers with a history of success. Am I trying to educate the public? Inform our fellow personal injury lawyers? Get serious. Nothing convinces clients and our referring lawyers that they have the best lawyer on their side than success anecdotes, as misleading as they can sometimes be. So we play along with varying degrees of subtlety.

Point is, I get the urge to self promote. To prove it, I’ll throw in a pulmonary embolism video, which is what this particular case is about.

I question, however, the wisdom of naming your clients to prove you are a great lawyer. If you are trying a case – a malpractice case or any other – the defense lawyers would flip if you asked about prior lawsuits against the defendant, even a lawsuit that culminated in a defense verdict. Why? Because they know it leads to some of us to presume that if they got sued, they may have done something very wrong. This is unfair. But we all do it. So why throw it out in the public domain? The lawsuit is a public record. But the only practical way of finding out that these doctors have been sued is by throwing their names around while bragging about your success.