On this page, we will look at medical malpractice cases involving misdiagnosis or delay in diagnosis of bowel cancer. We will examine the typical allegations of medical negligence in these cases and what their average settlement compensation value is.

Bowel cancer is a general term for cancer that originates in the large bowel. The large bowel (large intestine) includes both the colon and rectum which together form the last part of the human digestive system. The bowel plays a key role in final waste removal from the body by turning liquified food waste from the small intestine into solid waste. It is basically like the body’s trash compactor.

Bowel cancer is also known as colorectal cancer and depending on exactly where the cancer forms in the bowel it may be considered rectal cancer or colon cancer. Bowel cancer tumors originate from small growths called polyps that form in the inner lining of the bowel. 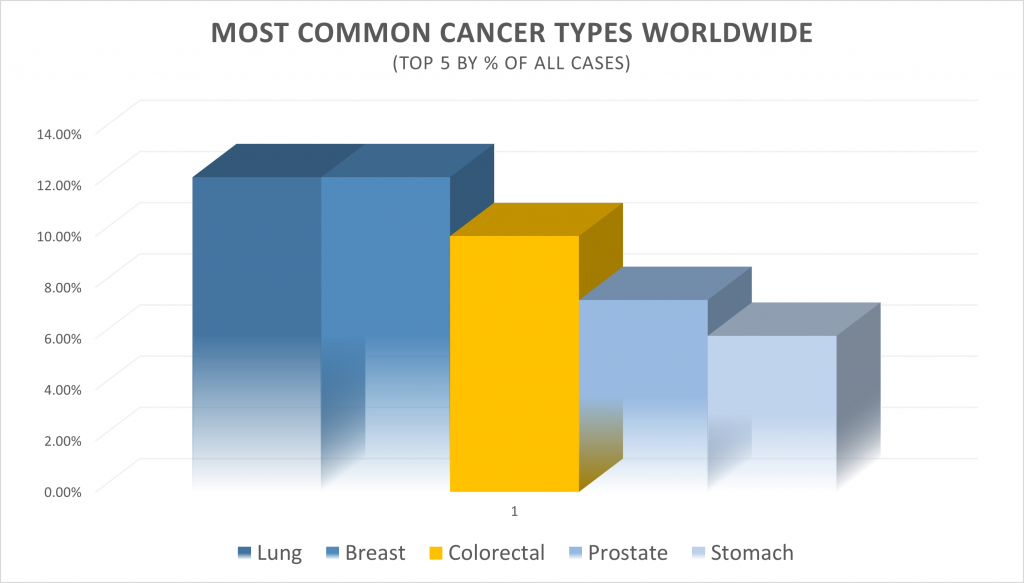 Bowel or colorectal cancer is one of the most common types of cancer in the U.S. About 150,000 Americans are newly diagnosed with the disease each year. Due to the way bowel or colorectal cancer usually forms, it can be very effectively treated in its early stages before it starts to spread. This is why early diagnosis is critically important and also why diagnostic failures from medical negligence can be so tragic.

The primary tool used for the early detection and diagnosis of bowel or colorectal cancer is colonoscopy. This procedure involves the insertion of a flexible tube with a camera at the end (colonoscope) into the colon. The colonoscope gives the doctor a visual image of the inside of your bowel so that they can see if there are any polyp growths. If polyps are found, they will be biopsied to determine if they are potentially cancerous.

When doctors fail to timely diagnose bowel cancer it can have very serious consequences because it may allow cancer to progress to a point where it is less treatable. Negligent misdiagnosis of bowel cancer generally falls into one of 3 categories: (1) failure to prescribe bowel cancer screening or testing, (2) colonoscopy diagnostic failure, and (3) communication errors or negligent follow-up.

(1)  Failure to Screen for Bowel Cancer

Of these 3 categories, failure to prescribe a colonoscopy (or other screening tests) is the most common type of medical negligence in bowel cancer cases. These types of misdiagnosis cases usually involve a primary care doctor or ER doctor who negligently fails to prescribe bowel cancer testing based on symptoms of colon cancer or because a patient is at high risk for colon cancer.

Jane is 43 and has an extensive family history of colon cancer.  She goes to her primary care doctor with complaints about loose bowel movements and pains after eating. Her PCP diagnoses her with irritable bowel syndrome and does not order a colonoscopy or any other screening tests. 18 months later Jane’s symptoms are worse and a colonoscopy reveals stage IV bowel cancer and she dies 6 months later.

In this example, Jane’s primary care doctor was clearly negligent in failing to perform bowel cancer testing when Jane first came in. Based on Jane’s age, symptoms, and family medical history (which we are assuming the doctor knew or should have known about), her PCP should have ordered a colonoscopy or at the very least Cologuard.

Negligence or errors in the performance of a colonoscopy is the second most common cause of bowel cancer misdiagnosis. Colonoscopies are the most effective diagnostic tool for bowel cancer, but they have a false negative or “miss rate” of around 20%. This means that 20% of colonoscopies fail to accurately diagnose cancer.

Some of these false negatives are the result of medical negligence. Negligence in the performance of a colonoscopy usually occurs either because (a) the colonoscopy itself is not done properly (e.g., doctor fails to visualize polyp or fails to properly biopsy polyp), or (b) the tissue sample from the colonoscopy is misinterpreted or mishandled by the lab.

Jane undergoes a colonoscopy and a suspicious polyp is identified and biopsied. The tissue sample is sent to a lab but the analysis comes back as negative. A year later another colonoscopy reveals that the polyp has tripled in size and this time the pathology confirms that is it cancer. Unfortunately, the delay has allowed the cancer to spread to Jane’s liver.

In this example, the radiologist who interpreted the sample from the first colonoscopy may have been negligent. To determine whether he should have identified signs of cancer in the first sample you would need to get an opinion from another radiologist.

Errors in communication or negligent follow-up treatment are a less common but still frequent cause of bowel cancer misdiagnosis. These types of failures can occur due to negligent communication between a primary care doctor and the laboratory regarding test results. They can also occur where the doctor receives positive or concerning test results but fails to follow up with treatment or future screening.

Below are summaries of cases involving bowel cancer misdiagnosis that resulted in reported settlements or jury verdicts.

Our cancer misdiagnosis lawyers can help get you financial compensation for the harm caused by a negligence misdiagnosis. Contact us today for a free consultation.

What are the first signs of bowel cancer?

One of the earliest symptom of bowel cancer is usually some type of long-term change in your bowel movements (constipation, loose stools, etc.). Blood in your stool is another early sign.

How is bowel cancer detected?

Bowel cancer is detected primarily by identifying cancerous polyps during a colonoscopy procedure.

Where does bowel cancer usually spread to?

How long does bowel cancer take to develop?

Bowel cancer can take anywhere from 4 to 8 years to develop out of polyp, making it a comparatively slow growing type of cancer.

How often is bowel cancer misdiagnosed?

An estimated 20% of bowel or colorectal cancers are not timely diagnosed.

How common is bowel cancer?

Bowel (colorectal) cancer is the 3rd most common type of cancer in the U.S.