I filed a billion dollar lawsuit today on behalf of a car accident victim. The lawsuit arose out of a rear end auto accident where the Plaintiff suffered soft tissue injuries to her neck and back that did not resolve until eight weeks later.

Okay, I really did not do that. But how would the media report that lawsuit? They would call it a billion dollar lawsuit because that is what I put in the ad damnum clause at the end of the complaint. 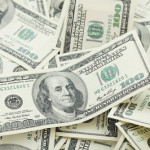 In Maryland, we do not have to put money damages in the ad damnum clause in medical malpractice cases but we must in other personal injury cases. The news media always uses that number to define a lawsuit yet the number has so little meaning it is not even admissible at trial in Maryland.

This comes to mind because of Dennis Kucinich’s stupid lawsuit against the House of Representatives cafeteria because there was an olive pit in his sandwich. My ultra-liberal friends, maybe, uh, it is for the best this guy never became president beyond just the fact that he probably would have dismantled the Army. Public figures have a right to sue, but they probably should set a higher standard a little higher. Let me suggest the “Would Ron Miller take this case?” standard. I would not touch this case with a ten-foot pole if Dennis Kucinich called me himself.

Anyway, the story was spun with a “$150,000 for an olive pit!” spin which is hardly indicia of the value Kucinich places on the case. He may ask a jury for $2,000 and he may have sued out of some principle. Who knows?

What is the point to all of this? Good question, I was trying to get back there. I believe the Maryland General Assembly should pass a law< similar to the one passed in West Virginia that gets rid of ad damnum clauses in all cases. I cannot even understand what a sensible argument would oppose this law. Let a jury decide the value, let substance triumph over form, and make newspapers find another way to sensationalize stories.