The Baltimore Sun continues to push medical malpractice cases being placed into some health court. Naturally, as is their practice, the Sun offers no real details and no balance to the editorial besides blaming trial lawyers for everything but the Blizzard of 2010. More problematically, they support a solution without really identifying a problem. What is the evidence of a problem with the judges that are handling medical malpractice lawsuits in Maryland? This would seem to be a prerequisite to offering a solution. 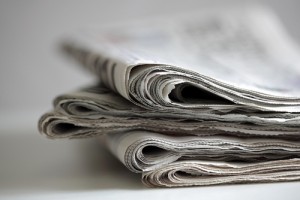 The Sun thinks the governors of this state have nominated judges that cannot understand how to administer medical malpractice lawsuits. Either this is nonsense or we have a gubernatorial malpractice claim against Governors Mandel, Hughes, Schaefer, Glendening, Ehrlich, and O’Malley. I’m going with the nonsense theory myself. It is also silly to suggest that doctors are so vested in this idea. Even if trained malpractice judges are better malpractice judges, I don’t think anyone knows whether having malpractice specific judges will help plaintiffs or the doctors’ lawyers in discovery or at trial.

The Sun touts the importance of a new “I’m sorry” law so doctors can admit they screwed up. On its face, it sounds okay. There is evidence that patients and their families benefit when doctors disclose medical errors and apologize. But did we do a study how these same patients feel when these apologetic doctors admit to their patients what they did but then can make a farce of that admission by denying it publicly later? Will this make a mockery of the victims and the court who sanctions whatwillo approach or reach perjury?

The reality is a sympathetic “I’m sorry” when any professional (or even the other driver in a car accident) makes a mistake will make it less likely that the victim will bring a claim. Doctors should say they are sorry because it helps the patient, themselves, and because it is the right thing to do, not because they receive immunity for the apology.

I also don’t think the law will make much difference. Good, decent doctors (the vast, vast majority) will apologize if they think they make a mistake. Doctors that won’t because they fear malpractice probably wouldn’t apologize, anyway.