The Maryland Daily Record reports on a Carroll County electrician who was recently awarded $2.3 million in a medical malpractice case by a Baltimore City jury. After a weeklong trial, the jury found the defendant doctor negligent for piercing the plaintiff’s spinal cord during a pain relief procedure.

Doctors have used therapeutic steroid injections for years.  The standard of care requires that any injectable substance that a physician puts into a patient is safe, sterile, and prepared to accepted industry standards. The standard of care also requires the doctor to know where the needle is going in the patients, which should be far removed from the spinal cord itself.

I am assuming what happened is the injection went into an artery supplying the spinal cord. The arterial supply to the spinal cord travels next to the nerve root.  So if you get it wrong, there is a possibility that an intra-arterial injection could cause a permanent injury. But I’m not sure, the article is a little short on details.  It is also possible that the cord needle penetrated the cord, which just should not happen.

The plaintiff, an electrician, now has a right arm that has atrophied and suffers from numbness and pain in his legs. He originally went to the defendant doctor after suffering a herniated disc injury. 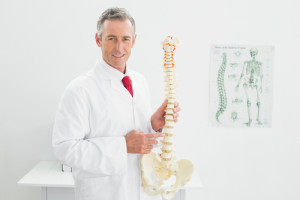 The standard of care when performing epidural steroid injections is to first determine whether they are medically necessary.  Often the malpractice in these cases is that the doctor never should have been prescribing steroid injections.  The risk is greatest for injections into the patient’s neck.

Another concern with cervical injections is picking the right thickness for the need to avoid complications. That could have been an issue in this case too.  A thick needle is more likely to penetrate the dural or spinal cord.

Jumping off the subject for just a second, the malpractice risk is genuine to every single patient who needs steroid injections for a herniated disc. This procedure requires placing a needle in the patient’s back and injecting a steroid right over inflamed or irritated neural structures. It involves some conscious sedation or anesthesia and x-ray guidance to place the needle right over the nerve at issue.

The risks of injury and the difficulty of the procedure are a thing that defense lawyers like to “blah, blah, blah” but it is an important thing to bring out through your client and the doctor who performed the injections at trial because it really is a big deal.

Baltimore Magazine named the defendant doctor a “Top Doctor” in 2005.

As I have written before in the context of ranking doctors and lawyers, while these rankings can sometimes be helpful to some people in some circumstances, the designation of “Top Doctor” is usually done by polling other doctors, who are presumably friends, colleagues, and acquaintances of the doctors in question and not necessarily in the best position to make the call. Not that these doctors are not skilled physicians because most doctors voted “Top Doctor” probably are.

So such an award or recognition is of probative value in choosing a doctor. But too many people trying to make a quality decision as to the doctor or lawyer that is best for them to stop at such a lofty designation when it is only the beginning in considering the person who is best for you and your needs.