There is a big new Maryland Court of Special Appeals’ opinion in Garrity v. Injured Workers’ Insurance Fund, an opinion issued this week that every Maryland car accident lawyer should read, particularly those like me who rarely handle workers’ comp cases.

If you handle motor vehicle injury claims, you need to spot the issues with workers’ comp claims. If you can’t, you may leave your client’s risk-free money on the table without ever knowing that your client had another source of compensation. While comp claims are an enormous hassle for lawyers handling car accident claims, because dealing with the comp lien can be a nightmare, you must know whether your client might have a claim. 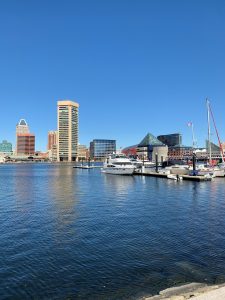 One big step forward towards understanding what you need to know is an appreciation for the “comings and goings” rule and its exceptions. This opinion, written by Judge Michele D. Hotten, should help get you there.

The plaintiff in Garrity, a part-time bailiff at the District Court for Baltimore City, was involved in a serious car accident as he was driving back to the courthouse during the workday. The case starts off comically enough, the plaintiff wore a Christmas tie to work in the spring and had to go home to change his tie. He also spills something on the tie. It comes off like a classic episode of Three’s Company. But the good humor ends when the plaintiff gets into a head-on crash – an accident caused by the other driver – and ends up on shock trauma.

(The good news is that plaintiffs’ attorney’s brief to the court shows that this bailiff is now back to work at the courthouse.)

The plaintiff’s lawyer made three arguments to get this car accident covered by workers’ compensation. All three would fail. But it is worth looking at the arguments.

The first argument was that while injuries incurred while going to or coming from the place of employment are not compensable, the Plaintiff was on a “special mission” exception to this rule. Under this rule, if the employer requires a worker to undertake a special journey for the benefit of the employer, injuries that occur en route are compensable even if the trip may be only to or from the employee’s usual place of business. This argument failed because the bailiff did not have express or implied authority to leave the courthouse.

Plaintiff’s attorney (I keep saying Plaintiff when I know it is Claimant – I’m not a comp lawyer) then argued they should cover the crash under the dual purpose doctrine. This is another exception to the comings, and goings rule. Under the dual purpose doctrine in Maryland, a trip which serves both a business and personal purpose is within the course of employment if the trip involves the performance of a service for the employer which would have caused the trip to be taken by someone else (even if the employee did a little something for themselves while they were out).

What to Get from This Case

I like this opinion because it provided me a good overall education about Maryland workers’ comp – an area of law I don’t understand and I would like. Every tort attorney should read this case.  It is worth a read because will help spot whether the client can bring both a comp case along with their accident case.

It is a hassle for tort lawyers when there is a comp case because you have to deal with the workers’ compensation carrier on their lien when you get a settlement or a verdict. But, more often than not, it is worth it for the client to take the sure thing of workers’ comp benefits if it is available.

You can read the whole opinion here.

I saw this case cited in Schwan Food Co. v. Frederick, 241 Md. App. 628 (2019 for the proposition that we are talking about in this post.  “The going and coming rule commands that injuries are not considered to have occurred in the course of employment if sustained while an employee is going to or from his or her place of work.”  The case also cites Roberts v. Montgomery County, 436 Md. 591 (2014) for this proposition.