States are split on whether tort liability may be imposed on local governments for police brutality/excessive force/misconduct cases.  Some states permit the imposition of tort liability for their police officers’ intentional actions while on the job.   Some refuse to impose tort liability, arguing that such conduct is not within the scope of employment.  The Maryland Court of Appeals issued a new opinion that stakes out Maryland’s position on this issue with newfound clarity.

At issue in Baltimore City Police Dept. v. Potts, 468 Md. 265 (2020) was criminal police misconduct by Baltimore City police officers could be considered actions within the scope of their employment under the Local Government Tort Claims Act (“LGTCA”).  The misconduct here was next level.  Stopping suspects without probable cause, assaulting them, and planting handguns on suspects to give them grounds for arrest.

Maryland’s Court of Appeals held this police misconduct was within the scope of the officer’s employment because they were done in furtherance of police business and incidental to authorized police conduct. Therefore, the Police Department is liable under the LGTCA.

This appeal arose out of two separate incidents involving the Baltimore City Police Department’s now-infamous Gun Trace Taskforce (GTT). As you may recall, eight officers on the GTT were charged and convicted on federal racketeering counts. The two incidents at issue in this appeal were not related to the criminal conspiracy. All three officers involved in these incidents were Black and so were both of their victims.

So what happened is the plaintiff is walking to the grocery store near his house. Three Baltimore Police officers in plain clothes suddenly jumped out of their unmarked police vehicle and detained him. The officers apparently had no probable cause to detain the plaintiff who was really minding his own business. When the plaintiff refused to consent to a search, one officer threw him on the ground while the third beat him with his police stick.  Baltimore Police Brutality Lesson #34,837.  After handcuffing the plaintiff, the Baltimore officers searched him. But found no illegal contraband to justify their actions.

So they did what any purely awful police officer would do.  The officers produced a handgun and tried to plant the gun in the plaintiff’s hands. When the plaintiff resisted, they beat him up again.  He suffered a large gash and contusions on his head and bruises on his ribs to the point where he was hospitalized.

All three of the officers submitted false police reports stating that the plaintiff had the handgun on him when they arrested him. The plaintiff was charged with illegal gun possession. The officers repeated their false story at trial. This lead to a jury conviction and an 8-year sentence. Can you imagine? He remained in prison until the GTT conspiracy scandal came to light and his conviction was vacated (along with hundreds of other convictions obtained by the GTT officers).

In August 2016, a second plaintiff was driving home with his girlfriend. He was forcibly pulled over by the same group of GTT police officers involved in the Potts incident. Once again, the officers had absolutely zero probable cause for the stop. The guy was not breaking any laws.

This second plaintiff was also arrested and charged with handgun-related crimes based on false statements by the arresting officers. Detained in Baltimore City Central Booking and Intake Center,  bail was denied and he spent 7 months in jail before a nolle pros was entered on the gun charges.

Both eventually brought civil lawsuits against the officers involved in their arrests. Both cases were eventually resolved in settlements of $32,000 with the officers assigning their right to identification from the Police Department. Thereafter, lawyers for both plaintiffs filed supplemental complaints seeking the hold Baltimore City liable for the settlements under the LGTCA.

Baltimore City argued that they were not liable for the judgments under the LGTCA because the officers engaged in willful criminal acts that were outside the scope of their employment. In the City’s view, the LGTCA was not intended to allow police officers to commit crimes and then force the City to pay for those crimes.

The Court ultimately held that the conduct of the officers in both incidents satisfied both parts of the test for conduct within the scope of employment. As for the first prong of the test, the officers’ actions were in furtherance of police business because they were at least partially motivated by a purpose to serve the Department.

So in their view, the officers were attempting to get guns and drugs off the streets. There was nothing to indicate that the officers stopped these men for personal gain (at least in these cases). Although the Court noted that what the officers did to the plaintiffs was “despicable,” that alone does not mean their actions were outside the scope of their employment.

With respect to the second prong of the test, the Court noted that the Department clearly did not authorize the conduct of the officers. However, the Court explained that the authorization prong of the test can be satisfied if the employee’s actions were “incidental” to those actions that the employer did authorize. The court cited ten factors to consider in weighing whether actions were “incidental” to those actions authorized by the employer. Applying those factors to the present cases, the Court found that the misconduct of the officers was interwoven with their authorized duties as police officers and members of the GTT task force.

Based on these conclusions, the Court held that Baltimore City was in fact liable to pay the judgments against the officers. 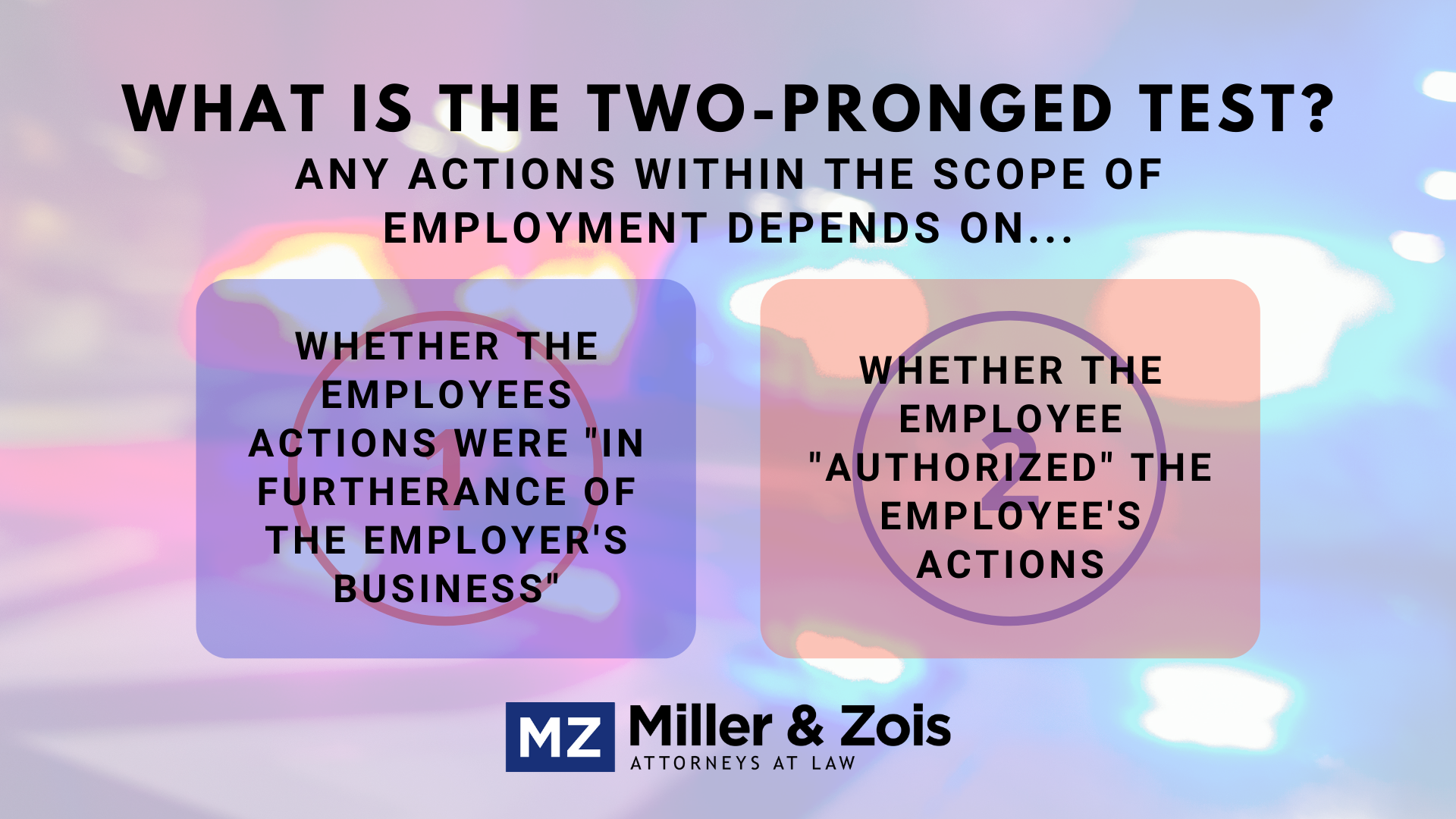 I wish this holding was a little more expansive.  But, generally, it makes sense from both a legal and a public policy standpoint. You have to hold local governments liable for things like this for two reasons. First, if you don’t hold local jurisdictions liable under the LGTCA, then innocent victims will have no way to get financial compensation.  Who should pay for this loss? The victim or the police department that hired and continued the employment of bad cops?

Ff Baltimore City was not held liable for the judgments against these officers, the guys would never get compensation for what happened to them. The officers are now in prison.  But even if they were free and still working, it is a rough road to collect from people individually.

But 2020, as awful as it has been, has been teaching us a lesson.  The lesson is that some pockets of some police departments are running amok.  Baltimore police misconduct rages unabated.  The lessons of Freddy Gray have gone unheeded.   Jurisdictions like Baltimore City must be accountable when their police officers lose control. Otherwise, besides the bad PR they always seem to shrug off, they will have very little incentive to prevent this from happening.’  Baltimore police excessive force lawyers will likely continue to keep the phones ringing in 2021 and beyond until there are real, meaningful changes.

I think the one thing that will create changes is then the Baltimore police officers as a group stand up and say enough is enough.  The reality is that most Baltimore City police officers are good people trying to do a tough job.  It is the bad cops that are making their jobs harder.  These good cops have to have a louder voice.