The Maryland Court of Appeals issued an important opinion helpful for plaintiffs’ lawyers, albeit attorneys who are not on top of their game for getting their case ready for trial. I just got back from vacation last week and found it interesting enough to put down the 1,000 things that I have to do and read it.

Butler v. S&S Partnership is another lead paint case involving the usual cast of characters.  One property at issue was on Linden Avenue which rings a loud bell for anyone who had handled lead paint cases in Baltimore. The lure of Linden Avenue must be appealing: the plaintiff’s claim against S&S General Partnership premised on that the child’s lead exposure during a one-month period caused him great injury.

At the close of discovery, S&S General Partnership and another defendant moved for summary judgment, arguing that there was no evidence the Linden Avenue property contained lead paint at the time the infant plaintiff lived there nor could plaintiffs’ link an elevated blood lead level to that one month window. In response, plaintiffs produced an affidavit by Dr. Howard M. Klein, M.D.

I know Dr. Klein well from my defense days.  I knocked him out in one case only to have the Court of Appeals bring him back (which I talk about a little here).   He’s a nice enough guy.  But he has made too much of a career as a lead paint expert, mostly for the same law firm.  Juries wouldn’t like that if they did not already hate the defendants so much by the time he testified.  These lead paint cases are not always put together like I think they should be. But the facts trump all.  The facts in most of these cases are just very favorable to plaintiffs.  So there is lots of margin for error.

Anyway, back to the story. In Dr. Klein’s affidavit opposing the summary judgment motion, he opined for the first time that the child had been “exposed to lead-based paint during each and every instance he resided at 2238 Linden Avenue, Apt. #3” and that Appellant’s exposure during that month was a substantial cause of his injuries.

Judge Pamela J. White ruled that Dr. Klein’s affidavit was not  produced in compliance with the scheduling order or the discovery rules.  Accordingly, the court knocked out the affidavit and granted the motion for summary judgment because plaintiffs had no expert testimony that could get the case to the jury.  Judge White also said something else:  There is “no conceivable basis upon which”  to conclude that exposure to lead paint during that month was a substantial contributing factor to boy’s injuries.

(The court also found the lead paint scheduling order was ambiguous as to rules relating to the inspection and testing of property for lead paint.  It is important to the opinion but less so for those not doing lead work.  If I get too deep into lead paint specific issues, I will lose most of the readers.  As it is now, I only have 8 left. So let’s get back to the striking of the expert.)

Whether Dr. Klein Could Offer the “New” Opinion 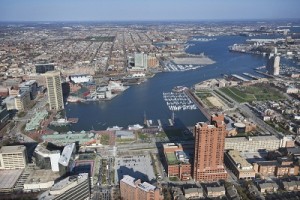 Another Chapter in the Lead Paint Saga

Judge White said Dr. Klein’s Affidavit was too late because the affidavit was untimely.   Why?  Because the interrogatory answer was just generic and specific belated opinions from experts, “have absolutely and decisively changed the legal landscape of this case.”

Violation of the scheduling order was not exactly the basis of the Defendants’ motion.  But the Court of Special Appeals affirmed, concluding that Judge White could exclude the report on its own because the court may enforce its own orders and may raise compliance issues sua sponte.

The Maryland high court disagreed.  The court noted that “discovery is a process between the parties, a process under which disputes may be waived or raised by the parties without court intervention.”   The law is pretty well established in Maryland and in many other jurisdictions that a party does not have to respond to issues not raised by the moving parties and “put another way, a trial judge cannot, sua sponte, and without prior warning, appropriately grant summary judgment based on the plaintiff’s failure to prove an element of his or her case if the defendant has not previously contended that the plaintiff’s proof was deficient as to that element.”

Two take-homes for me:

I just spend the last hour reading this case and writing up this post.   If you have gotten this far in the post, read the opinion.  The link is at the top of the page.