Anyway, you are paying me for a reason; I just found an interesting bad faith claim decided last week – Hughes v. Progressive – involving our friends at Progressive. It is an interesting case with a bad outcome that may very well show up on my students’ Insurance Law exam in December.

The plaintiff is broadsided by another car, driven by the defendant (insured by Progressive Insurance and later ends up being plaintiff’s use plaintiff). Plaintiff sues the defendant in state court in Baltimore City. Plaintiff also sues GEICO for uninsured – really underinsured – motorist coverage benefits. The defendant had a $100,000 per accident policy with Progressive which, sadly, is the Cadillac of Progressive’s policies. 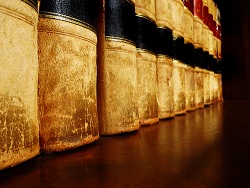 Progressive does exactly what I always complain that Progressive does: they jerk you around, refusing to settle by offering its policy limits, and then finally tendering the limits after talking tough for a year. It must be in their adjuster’s manual.

Progressive sent out a pay-to-play letter (learn more here) to GEICO, who did not respond within 60 days after receipt of notice as required by Maryland insurance law (§ 19-511) if it wishes to retain its subrogation rights. But, somehow, GEICO later claimed it had responded by email. The Baltimore City trial court found that the email amounted to proper notice as a matter of law under §19-511.

Okay, I may have made up that quote. They should have said that. But that is the gist: Progressive, plaintiff contended, was not getting in there and mixing it up to fight for the defendant. Instead, they were just hanging around to make sure the case was worth the $100,000 and otherwise just went through the motions.

I bet it happened just like that. But Judge Catherine C. Blake found that all Progressive really has to do is offer its policy limits to settle prior to trial to avoid bad faith, dismissing as a matter of law the plaintiff’s “unreasonable delay” argument. The court cited Sobrus  v. Lumbermens Mutual Casualty for the proposition that there is no liability even where the insurance company offers its policy limits in a settlement on the courthouse steps. I’m not sure that is actually Maryland law as opposed to a federal court’s opinion of Maryland law 37 years ago.

I really think this is a bad law. It allows insurance companies to leave their insureds out to dry by not settling the case when it knows it should offer the policy.

What about this scenario? Progressive refused to settle. Plaintiff puts up thousands of dollars in nonrefundable money. Progressive than offers the policy and the plaintiff says too late. All the evidence is that a reasonable insurance company should have known the case was worth more than the policy limits. Plaintiff gets a huge verdict, and the defendant owes the plaintiff a lot of money. Shouldn’t this be bad faith? For the life of me, I can’t figure out why it would not be bad faith. But following the logic of this opinion, Progressive or any other insurance company can do just that and get away with it.