The average premises liability verdict is $643,099, according to Jury Verdict Research’s review of premises lawsuits around the country. 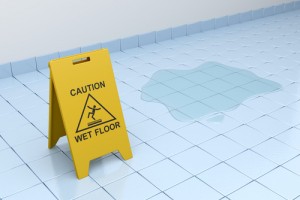 When possible, I try to include the average and median data. Average verdict data includes large, often uncollectable verdicts that distort the reality. While both the silly case that never should have been filed and the $58,000,000 verdict don’t really apply to the valuation of your case, the former distorts the result more than the latter. Then again, all verdict data undifferentiated by specifics of the case ultimately should be filed away under “interesting but ultimately useless.” It is also worth noting that this is a study of successful premise liability verdicts where the plaintiff prevails. Factoring in the losses, the average award is much lower. Most lawyers who handle premises cases regularly handle only serious injury or death cases. The bar in terms of the severity of injury required for a good lawyer to accept the case is higher in these cases than in auto accident cases where the path to proving liability is more clear and certain.

The most common premises liability injury is knee injuries (11%).  The median award in knee injury cases was $75,000 which, coincidentally, is the same median as wrist injuries. Why is the median so low for knee injuries?   The median is the middle 50 percentile.  The 75th percentile is $196,645.

What does this tell you?   The “average” knee injury case is not less than half the value of an injury is in the top quarter.  I think the reason is that so many knee injury cases involve preexisting conditions.   If you had a health knee before the accident, that puts you ahead of a lot of the injuries in the pool.  Because people who get knee injuries in accidents are often people who had compromised knees to begin with.

A preexisting condition does not mean you do not have a viable injury claim.  What it means is that the settlement value of these preexisting injury cases tends on average to be less. The two most valuable types of premise liability cases are spinal nerve injuries and disc and other spinal injuries with median verdicts of $162,000 and $185,000, respectively. 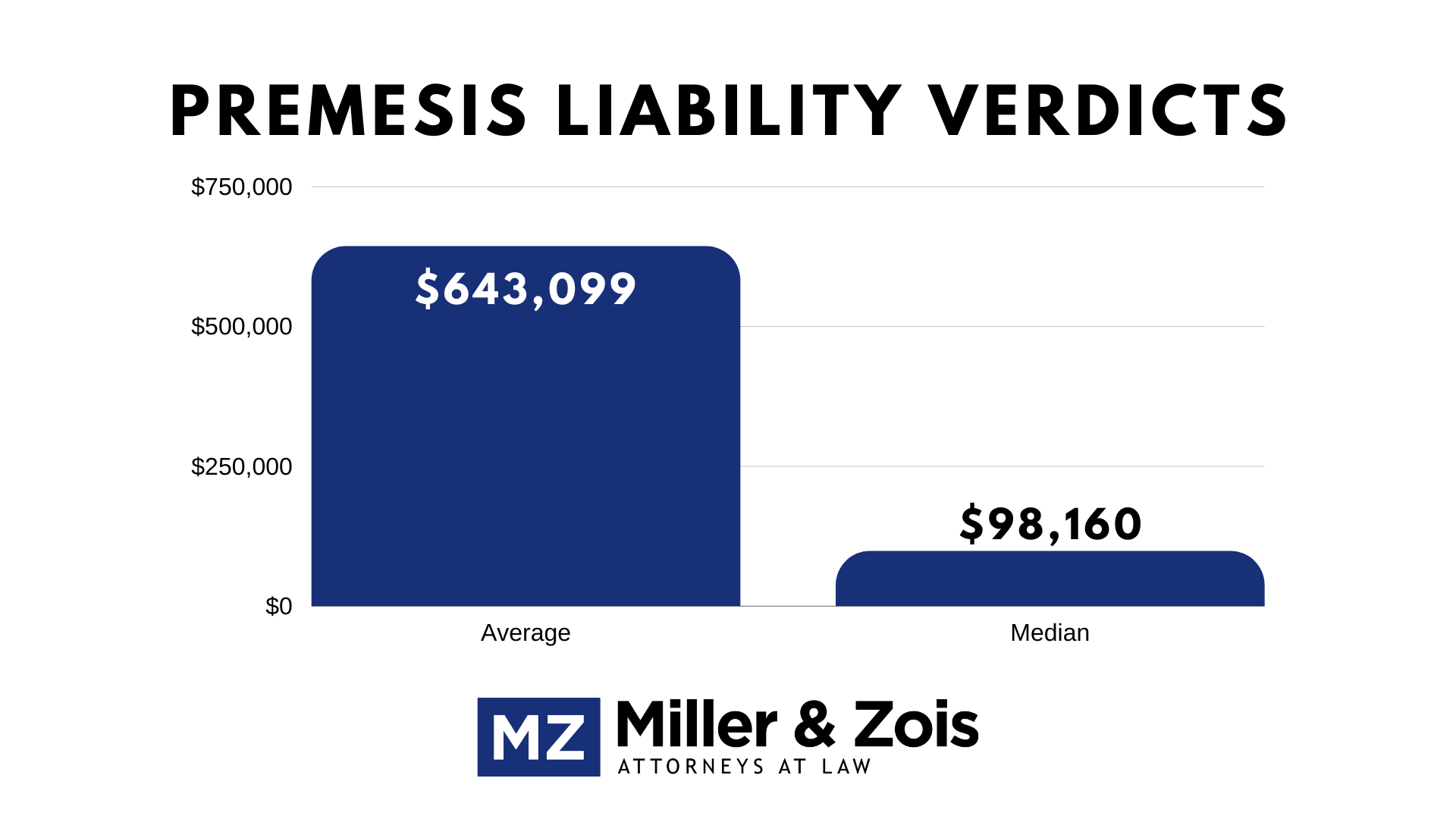 A woman slipped and fell in a retail store. She suffered a shoulder injury, an ankle fracture, neck pain, back pain, carpal tunnel syndrome, and dysfunction to her bowels and bladder. The woman underwent ulnar nerve release decompression surgery to treat her carpal tunnel syndrome. She also underwent the implantation of a sacral nerve stimulation neurostimulator to treat her bowel and bladder dysfunction. She incurred $63,000 for the treatment of her neck, back, ankle, left shoulder, left arm, and left elbow. However, the defense disputed her $337,000 claim, which resulted from her bladder and bowel dysfunction. They argued that she was only treated for these injuries two years after her fall. The case ultimately settled for $775,000.

A 31-year-old man fell through a vault’s door as he was walking on a sidewalk. He landed inside an underground vault that contained water. Police rescued him and he was brought to the hospital. His immediate concern was hypothermia.  He was  diagnosed with multiple disc herniations, a pinched nerve, and radiculopathy down his left arm. He sought physical therapy, chiropractic treatment, and acupuncture therapy. The man claimed that his initial treatments failed to resolve his injuries. He then underwent a discectomy. The man followed up with physical therapy and painkilling injections to his neck. He claimed improvement but continued to experience radiating pain and mobility limitations. The man had not returned to work since the accident. He sued the company that maintained the vault, alleging improper maintenance of the vault’s door. The man claimed that the door’s three hinges deteriorated, as the hinge’s bolts were either dislodged or broken. He also alleged that the company failed to timely inspect the vault. This case settled for $3,500,000. 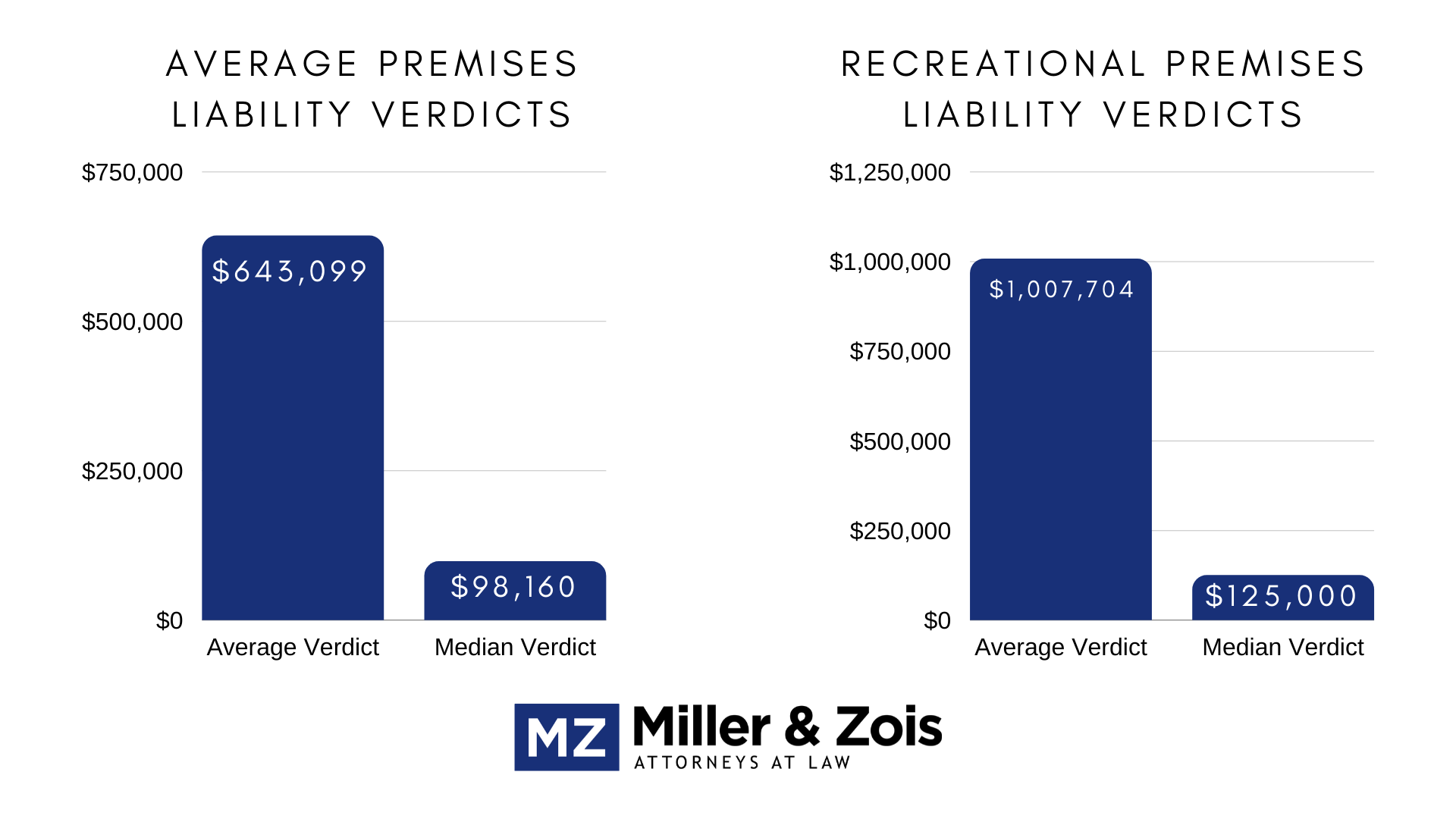 A 61-year-old man slipped and fall in on a wet floor inside a Jack in the Box restaurant. He slipped in an area near where an employee had been mopping. The man visited urgent care, where the staff diagnosed him with a right rotator cuff tear and disc protrusions. He sought conservative care, which failed to resolve his injuries. The man then underwent arthroscopic surgery. He followed up with rehabilitation and physical therapy. His right shoulder pain improved, but he continued to experience pain. The man also underwent lumbar fusion surgery, which failed to treat his back pain. Several months later, he underwent a surgical revision, which improved his condition. He claimed that he would need to undergo pain management and in-home assistance for the rest of his life. The man sued the Jack in the Box franchisor, alleging that their employees failed to put warning cones near the mopped area. The franchisor admitted liability. This case settled for $2,000,000.

A 59-year-old woman slipped and fell on an ice patch in an office building’s parking lot. An ambulance took her to the hospital, where she was diagnosed with a left wrist fracture, a left rotator cuff tear, bilateral trigger fingers, and sprains to her neck and back. She underwent open reduction and internal fixation surgery to her wrist and arthroscopic surgery to repair her torn rotator cuff. The woman also underwent physical therapy for her neck and back sprains and conservative therapy for her trigger fingers. She claimed that her range of motion had been decreased. Before the accident, the woman used to work 70 hours a week, but now only worked about half those hours. She sued the building’s owner for failing to apply salt or sand on the parking lot’s pavement. The defense counsel contested liability, arguing that the woman caused her injuries by not looking out for her safety. This case settled for $145,000.

A 67-year-old man entered a Valero gas station through its side door. As he walked inside, he slipped and fell on the wet floor. He was brought to the hospital, where he was diagnosed with a right femur fracture. The following day, a surgeon performed a total knee replacement revision, which included the insertion of a metal rod to his femur. Within the next two years, he fell three additional times. The man underwent surgery and physical therapy after each subsequent fall. He claimed that his sustained injury at the gas station weakened him, leading to his falls. The man now used a walker and was now considered a significant fall risk. He sued the gas station for failing to warn of dangerous conditions. His counsel also claimed that the gas station knew that the water would accumulate around the side entrance after heavy rains. The case settled for $775,000.