JVR has done a national analysis of jury awards for spinal nerve with disc damage.

The study underscores is what every plaintiffs’ lawyer has figured out by osmosis if nothing else: age matters. Young people recover much better than older people.

The interesting thing about the age numbers is that at some point you see they turn again as juries increasingly blame age for the injuries. I bet if you took this up to 70 and 80 you would see the numbers continue to drop.

Anyway, these are the numbers:

These numbers bounce around a bit but we have noticed no actual changes in values over the last ten years here in Maryland, nor have values changed much in 2015.

What I think jumps off the page at you is the difference in the probability range.  The difference in the two numbers is the low number is the 25th percentile, and the higher number is the 75th percentile.  There are so many reasons a case ultimately has the value that it does.  But the single biggest value driver, and I flush this out more here, is whether there are preexisting symptoms that might lead a jury to believe that one of the contributing causes is something other than the traumatic event that is the subject of the lawsuit or claim.  This is even more important than the age of the victim we talked about above.

If you have a herniated disc case with MRI or CT-scan that shows definitively that the accident caused the injury, and the injuries are significant, you likely have a case that will have a great value.  Sometimes, these are “policy cases” which means the case’s value is whatever you can find in insurance coverage in the case.

If you have a case where the radiology reports how preexisting injury or, worse, you had documented problems with the same disc you now complain was injured in the accident; you have a larger problem.  Is it one that can be solved?  The answer is a big “it depends” on a lot of factors.  Some of these cases go past that 75th percentile rung on the probability range because they had a credible plaintiff and doctors who could articulate why the accident is the primary cause of the victim’s problems.  But if the jury suspects that you already had this injury, and now you are trying to bundle up all of your problems and put them at the doorstep of the motor vehicle collision or other traumatic accident, you will have a tough hill to climb. 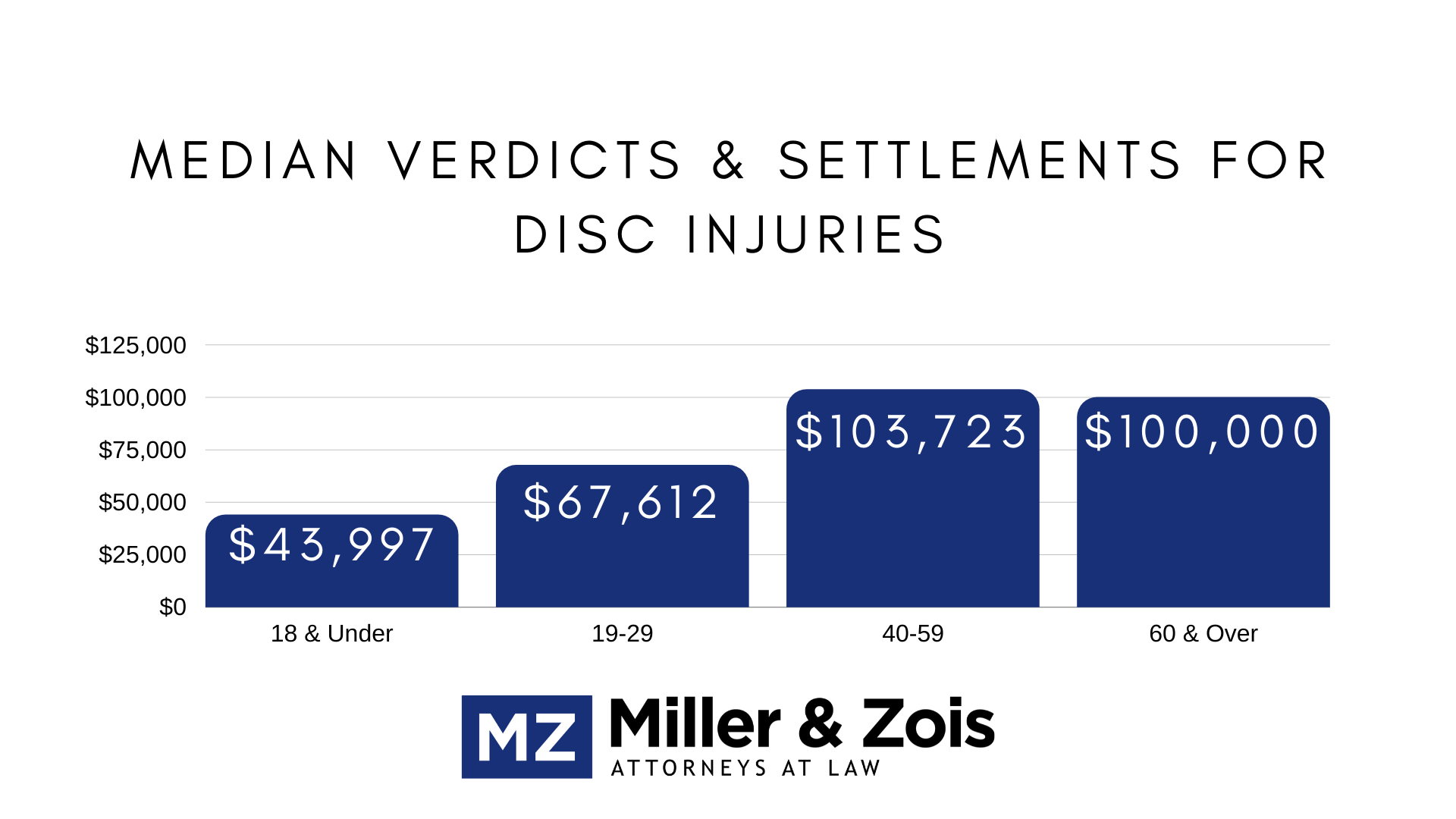 My firm has recovered millions of dollars in settlements and verdicts for victims with disc injuries.  Call us at 800-553-8082 or get a free consultation online to discuss your options.