Instead of discussing various torts that could be committed against Raul Ibañez, a man I will now irrationally detest for the rest of my adult life, let’s talk today about witness statements and whether they are discoverable. There was an interesting opinion in a California wrongful death case this summer, that I’ve been meaning to blog about for a while now, about whether recorded statements are discoverable.

This case – Coito v. California – comes to us on facts are beyond tragic. A 13-year-old boy drowned in the Tuolumne River in Modesto, California. His mother filed a wrongful death lawsuit against several defendants, including the State of California.

There were six witnesses, all boys with the young boy who died. There was lots of talk in the air that all were committing crimes. Obviously, the defendants found this of interest. Defendants could get recorded statements from some of the kids. When the kids were deposed, the defendants used the 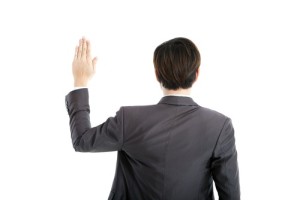 recorded statement to hold one of the kid’s feet to the fire on their prior statements.

But, being defendants, they did not want to turn over the recorded statements to the plaintiff, citing the work product privilege. Motions ensued. The trial court denied the plaintiff’s motion to get the statements but ordered defendants to produce the recording used at the deposition.

The Supreme Court of California noted that while California has codified its civil work product privilege, (Code Civ. Proc., § 2018.030), it is silent on the recorded statements of witnesses. The court answered whether a recorded statement is privileged and that “it depends” and remanded the case back to the trial court.

The court’s opinion acknowledges that a recorded statement might reveal the impressions, opinions, or theories of the lawyer or his agent that might make the recording privileged. Taking this reasoning further, maybe the questions themselves offer a lens of the attorneys’ view of the case.

So the California law> is apparently that the trial court should use its discretion to sort through the statement and order the redaction of those things for which privilege can be claimed.

My Concerns with the Opinion

Here is what I don’t understand: if your questions are work product, aren’t you revealing them to a third person (the interviewee)? Questions asked of a witness might have once been private thoughts. But after the questions are stated to the witness, aren’t they then placed in the public domain which kills the privilege? I think information created outside of a confidential relationship can’t be considered attorney work product.

And, goodness, not having a hard and fast rule makes life tough on a trial judge. The judicial mechanisms for parsing through these witness statements will be a bear. The smart lawyer in California will load a recorded statement with faux impressions and other indicia of work product to make the statement privileged. Talk about gaming the system.

What We Are Doing in Maryland

In Maryland, insurance companies – and, to a lesser extent, plaintiffs’ lawyers – do an effective job of hiding behind the “anticipation of litigation” exception in the absence of a showing of “substantial need” or “undue hardship” pursuant to Maryland Rule 400(d). I don’t know that the Maryland appellate courts have been presented with the argument that by talking to the witness and presenting their questions to them, the privilege has been waived. (Someone correct me if you think I’m wrong about this.)

But I think there is an end-run around this problem that not everyone knows about. Maryland Rule 2-402(d) provides an exception to the rule that you cannot obtain discovery of evidence prepared in anticipation of litigation except upon a showing of substantial need and undue hardship. The rule gives a party to the litigation the right to their own statement. More germane to the discussion here, a nonparty can permit a party to obtain, a statement made by her concerning the subject matter of the litigation without having to jump through the “need” and “hardship” hoops. Most witnesses – particularly independent witnesses – want both parties to have a level playing field and will find it to be bad sportsmanship – for lack of a better phrase – for the parties to try to keep their witness statement under wraps.

I think the best defense argument for keeping recorded statements protected has nothing to do with attorney-client work product. The better argument is that if recorded witness statements are subject to unrestricted discovery, then gathering witness statements – which is evidence usually obtained proximate to the incident – will be chilled out of fear that those interviews will be used against them during litigation. I don’t like this argument either. But at least it makes more logical sense to me than the work product privilege.