So, Allstate has published its eighth annual report of cities with the worst drivers. Given the publisher of the study, I immediately began searching for some hidden bias.

Apparently, we are in the eye of the storm. Washington D.C. is ranked first – which means worst – with Baltimore City right behind in second.

Allstate studied the auto insurance claims frequency of America’s 200 largest cities and found that residents of our nation’s capital were found to get into collisions on average once every 4.7 years. The typical driver in the U.S. is involved in an automobile accident once every ten years. If you aced math class, you might realize that this means D.C. drivers are 112.1% more likely to be a party to an accident than the typical driver in the U.S. For Baltimore drivers, they are 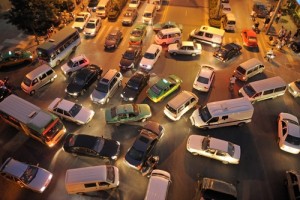 Baltimore City drivers will have fender benders with so much stop and go traffic, not to mention some medieval “sorry we spend all of our money but the food at Capital Grille rules” roads. But they are not getting up to the speeds of Baltimore County drivers on I-83, I-95 and, worse, the curvy rural back roads.

So I think Allstate is misleading people with this study into thinking these “worst drivers” are the “least safe” drivers. (Not on purpose – mind you – they have no motivation to do so. But it might be in their DNA. I may commission a study to test this “Allstate congenitally distorts facts” hypothesis hoping to bump it up to “theory” status.)