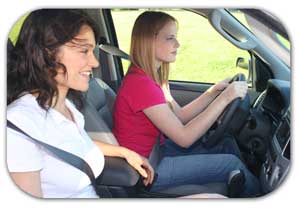 Statistically, it is a remarkable shift that could not result from mere chance. There are two possible explanations for the disparity. The first is that the rest of the nation is working hard on learning about driver safety and Maryland is just not keeping up. This appears to be the view of the “Take Everything at Face Value” Baltimore Sun, which draws with ease meaningful conclusions from this study.

The second is that this GMAC Insurance study uses the same rigorous methodology as my mom’s study on the efficacy of Vitamin C (her kids did not get sick much) and the only reason GMAC Insurance puts out this silly study is to attract publicity from idiots like me and the Baltimore Sun, reminding everyone that GMAC Insurance still exists.

I mean, really, what happened in the last year to our driving abilities?

You know, this is the garbage that makes us ignore real studies when they come out.