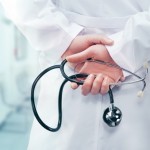 costs. Doctors’ groups point to the fact that 2.4% equals $55.6 billion a year, a daunting number even in the post-TARP era when $500 billion is a mere half of a stimulus package.

But here is how the numbers break out:

There is something incredible in these numbers that no one is talking about. The researchers said their estimate includes $45.59 billion in defensive medicine care where doctors prescribe treatment and tests that may harm or expose the patient to risks because they want to avoid medical malpractice lawsuits. So health care providers spend $45 billion in additional costs (from which they often profit) to protect themselves from $6 billion in risk? If I hired a team of lawyers to oversee everything, our law firm does to make sure we are not committing legal malpractice and then complained about the cost…this analogy is not working. Let me try another: imagine hand grenade manufacturers swatting flies with hand grenades and then complaining about the rising cost of hand grenades. (That does not entirely work either, but at least it is closer. Because somehow you have to add that flies landing is actually harm that is fully insured. But you get the point without my metaphors.) Don’t these doctors’ groups feel a little odd parading this around? And why is no one pointing this out? This is right up there with Stonehenge on my list of great mysteries.

Another point I alluded to above that also gets little airtime is the fact that defensive medicine is a moneymaker for health care providers. There are rich financial incentives for providing a little extra care.

But I don’t think doctors practice defensive medicine to make extra money or because of the threat of medical malpractice. I think they practice defensive medicine because they want to go the extra mile to make sure they don’t screw up. No one wants to screw up. Lawyers practice “defensive law” all the time, doing things to eliminate risks are beyond unlikely to the point of doing things that really make little sense from a cost-benefit analysis. (Big defense law firms do this to the tenth power. They have teams of people working on issues that are never even going to see the light of day at trial.) Doctors have this same “I don’t want to screw up” gene that lawyers have with the ultimate added kicker: someone’s physical health is on the line.

There is great irony in the argument between medical malpractice lawyers and doctors on why doctors practice defensive medicine. Medical malpractice lawyers say doctors are good people who practice defensive medicine because they love and care about their patients, while doctors argue that doctors would spend 10 times the cost of the risk and subject their patients to tests they know are unnecessary and harmful just to save their own (insured) skin. Doctors are saying we should pass laws to protect people from selfish doctors. But I just don’t think we have that many selfish doctors.