It’s been a bit since I’ve written about how awful insurance companies’ first settlement offers are in serious injury cases. But I’m sure I’ve given a client the speech in the last 24 hours. I do it all the time.

The primary reason the first offer is usually far from the true settlement value is that the insurance company is giving a gut check to the plaintiff.  They are implicitly asking them whether they will throw some punches to get the money they are entitled to get. Plaintiffs’ lawyers complain about this as if it is some holy war between good and evil as if insurance companies have some moral obligation to offer the trial value to settle. I hate insurance companies and all. But I have to admit that if I were them, I would do the same thing. Their job is to make a profit for their shareholders, not offer third-party plaintiffs what the insurance company really thinks the claims are worth. The game is the game.

But there is another reason the first settlement offer is wildly out of line with the true value of the case: most insurance adjusters are lazy (as are most plaintiffs’ lawyers). To get to the actual value of a case, peel that onion again and again. So they take just a cursory look at the case, knowing that even if the settlement offer is rejected, they have multiple more bites of the apple down the road. So think about it, what would you do if you were an adjuster in that 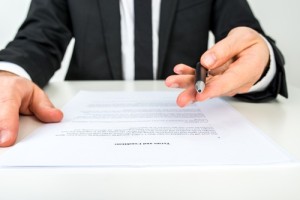 environment? Dig deep and risk that someone auditing your cases will say you overpaid for it? Or just put it off a little while? With GEICO and a lot of other insurance companies, you are not even kicking that can to yourself, another adjuster will get the file after suit has been filed.

Among the major insurance companies, State Farm and Allstate are the two that will often stick their feet into concrete on what they think the case’s value is. They stick to their early values more than the others, probably because they rely on computer-generated data to value claims more than many others. Why is this? Ever read or hear about the Checklist Manifesto? That book is that ER doctors looking at cardiac patients are better off using a checklist to evaluate the risk of a heart attack or stroke, then they are using their own independent judgment. Sounds crazy. But some data seems to bear out that you would be better off with a nurse with a checklist than an experienced board-certified cardiologist in a lot of cases.

I like to brag on this blog and our website about the times Allstate and State Farm – particularly State Farm because it happens a lot – get it wrong, and we hit in excess of their insured’s policy limits. There is an implicit, “they are so dumb, we are so smart” aroma to the whole thing, I’ll admit. “We got 35 times the settlement offer,” I like to brag. And I will not stop, either. But that does not mean in the big global picture it is not a smart strategy.

I tell my Insurance Law students about the battle between Professor Williston and Professor Corbin in contracts. Williston’s worldview is that you follow the letter of the contract and don’t worry about what the parties meant. I’m oversimplifying all of this but stay with me. Corbin wants to dig deep into the parties’ intent in each individual case. But here’s the thing: both want to honor the intent of the parties. Williston just thinks sticking to the letter will, in the long run, produce the best results even if it creates some bad results in some specific cases.

I think State Farm views bad verdicts the same way. I don’t think State Farm takes into account the quality of the plaintiffs’ lawyer or the intangibles of the plaintiff as much as it should in individual cases. But I don’t think they care and I think they view these miscalculations as a cost of doing business because, in the big picture, they make more money low balling plaintiffs and letting the computer evaluate the case. There are 3.2 billion reasons to believe they might be right. So good for them, but also good for accident lawyers and their clients who are smart enough exploit the weakness in their evaluations and settle cases that should be settled and take to trial the cases that should be tried.