SEPTEMBER 15, 2010 UPDATE We have a big race in Anne Arundel County for Circuit Court that is getting surprisingly little attention in the media. Alison Asti is challenging sitting Circuit Court Judges Laura Kiessling and Ronald Jarashow. 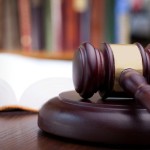 on judges. Our law firm tries a lot of personal injury cases and we have not tried a case in front of either Judge Kiessling or Judge Jarashow. So there are probably 11 lawyers in Maryland who are able to have been in front of these judges and know Ms. Asti well enough to thin slice who would be the best judge. And I wouldn’t even defer to those 11 people.

What are the issues in the campaign? No one is suggesting the other side is not qualified to be a judge. (Actually, I’m making that part up because it makes my argument flow better. I think proponents of the sitting judges have argued that while Ms. Asti may be a fine lawyer; you need to have been a trial lawyer to be an effective judge. I’m not unmindful of this point. Having supported Justice Kagan, I feel a little hypocritical suggesting drawing the line between an appellate judge and a trial judge for who needs to have been a trial lawyer.)

Assuming all the candidates are qualified, what are we deciding in this election? Who would be the fairest of the fair? How do you debate that? And if you can’t have a debate, should you have an election? But we have one. So I think the best rule for voting in judicial elections is to vote for the incumbent judges unless you have a compelling reason not to do so. Important point: compelling should not be defined as a sentence you did not like in a criminal case when you really do not even know the facts of the case, how the witness presented, and so forth.

Anyway, the sitting judges are good judges and good people by reputation. Judge Kiessling and Judge Jarashow both made it past the Anne Arundel County Judicial Nominating Commission and were nominated by Governor O’Malley. Even Bob Ehrlich would admit under sodium Pentothal that Governor O’Malley has been apolitical in the judicial nomination process and has appointed good judges to the bench. The Republicans in the Maryland Senate have thought so. (Dear Republicans: It is okay to concede your opponent has not been awful at everything. It enhances your credibility. I promise.)

Not that I do not think Ms. Asti would not make an excellent judge. I also do not oppose her right to run. She is availing herself to the political process is currently in place (even if I disagree with the premise of electing judges). But she has not suggested a reason these well thought of judges should be removed from the bench and I think that is because there isn’t one.

My law firm made a donation yesterday to the campaign of the sitting judges Laura Kiessling and Ronald Jarashow. They have earned the highly sought after, much anticipated, and ballyhooed Maryland Injury Lawyer Blog endorsement.