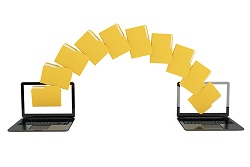 UPDATE: As of October 14, 2014, electronic filing is mandatory for attorneys in Anne Arundel County.   Here is the rule.   In the online seminar, the court clerk said that all filings are electronic as of today, So, I think if you have a case pending, all your pleadings must be e-filed from here.  She also showed that there would be a 30 day grace period. So maybe mandatory is a strong word.   I think you are better off staying away from Google Chrome – my favorite – and sticking with use Internet Explorer or Firefox for your browser.  Below is the original blog post I wrote on this back in July.

We have been hearing for some time about the Maryland Electronic Courts (MDEC) project that will eventually allow for electronic filings, allowing Maryland lawyers to get the same modern conveniences of electronic filing that we have enjoyed in federal court for quite some time. This integrated case management system — between circuit, district, and appellate courts — will really change the practice of law on an administrative level and will hopefully allow us to speed past some filing related bottlenecks we have in pushing cases forward.

No more paralegals and couriers jumping into their cars and racing to the courthouse to meet filing deadlines.  We don’t do a ton of the “last-minute rush” stuff here, but it happens occasionally.  I have the courier bills to prove it that always annoy me to no end. Anne Arundel County somehow got picked to kick off the e-filing program. Starting Monday, September 15,2014, lawyers can register for e-filing to get ready for the MDEC’s launch in Anne Arundel County.  As of October 14, 2014, it will not be optional for lawyers.

But this will not be that hard.  All you need is a computer with Internet access, word processing software, an email address, and the willingness to learn the system (or, as I will do, find someone in my office who can figure it out). In spite of the fact that this launch was originally planned for 2012, I think it will work out.

One reason I’m confident is that Chief Judge Mary Ellen Barbera is now in charge of it.  She is whipping our appellate courts into shape.  Her biggest goal has been getting cases decided in something resembling a reasonable time frame which was not getting done under Chief Judge Bell (who I otherwise loved).   Her goal was to put out decisions in all 127 cases that the court has heard since it started in September.  She has 25 to go and I’m sure they will get it.  Why am I bringing this up?  Well, I just read a Washington Post article on this earlier this morning so I’m probably looking for a segue.   But I really think Judge Barbera will be an able, 21-century administrator who will see this, and other projects like it, though.

That said, even the federal courts with all of their resources had growing pains when they implemented this system.  I don’t see it going all ObamaCare website level awry, but most states that have implemented e-filing have experienced some troubles getting the kinks out.  But the system will require somewhat competent lawyers no matter good the system is.

Here are some thoughts/information about where this e-filing is going and what we can expect moving forward: