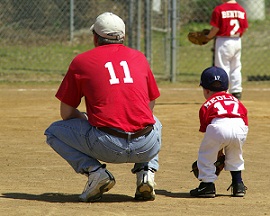 The New York Times reports that a Montana jury found on Wednesday that the maker of Louisville Slugger baseball bats failed to adequately warn about the dangers that aluminum bat can pose, awarding $850,000 for the tragic death of an 18-year-old boy hit by a ball while pitching in an American Legion baseball game. (The Times link is down but you can find an article on the case here.)

I look forward to hearing the commentary on this case. I didn’t sit on the jury on this case and I wonder what warnings would have been sufficient. My gut reaction: the warnings that would be placed on the bat would be something all the players already know. I also wonder how a meaningful warning is given to the pitcher who never sees the bat.

Two of my boys play baseball and sometimes I wonder why we just do not use wooden bats.  Everyone knows that a wood bat just does not have the pop that these composite bats do.  I imagine they would be cheaper too because I don’t see any wooden bats on the market for $400 as some DiMarinis and Eastons.  This article seems to underscore this point.

If they think the negligence caused the boy’s death, $850,000 is a low award. Was this a compromise verdict? I look forward to hearing more about the case.