Last summer, we were talking about the $55 million cerebral palsy malpractice verdict against Johns Hopkins. This summer the verdict – which was reduced to $28 million – is hanging by a thread after the Maryland Court of Special Appeals overturned the verdict. Unless the Maryland high court sees the case different, this case will go back to the trial court in Baltimore to start all over again. 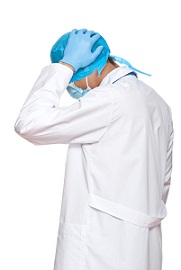 This appeal hinged on the decision by Baltimore City Circuit Judge Marcus Z. Shar – considered a top judge by plaintiffs and defendants alike – to exclude evidence of the negligence of the midwife before the baby got to Hopkins.

The judge’s logic was that it really did not matter why the child was in a tough spot.  So whether or not another health care provider created the crisis, the ultimate issue is whether Hopkins could have saved the child from these awful birth injuries if it had not deviated from the standard of care. Judge Shar found that:

Defense was free to vigorously argue that the midwife’s conduct was the proximate cause. They were, however, prevented from characterizing the conduct as “negligent.” Telling the jury that a nonparty is negligent as opposed to how the conduct affected what happened to the plaintiff would have been prejudicial and not relevant to the case.

So the issue on appeal was whether you can point to the empty chair as the negligent cause of the injuries – and characterize it as such. There has never been a Maryland appellate case directly on point. In a 56-page opinion written by Judge Stuart R. Berger, the Maryland Court of Special Appeals, to my chagrin, ruled that Maryland law should allow defendants to point to the empty chair as much as they like.

[“There was a void of evidence that left a logical hiatus in the story because the jury was not allowed to hear what role midwife [name omitted] conduct played,” Berger added. “Accordingly, because the hospital was precluded from presenting any evidence that midwife [name omitted] breached the standard of care and was therefore negligent, it follows that the jury was left to wonder whether anyone other than the hospital — the sole defendant — could have caused [the boy’s] injuries.”

What do I think? Well, I think it sounds like Hopkins could make the core of its argument: the baby was in terrible shape when the child was placed in their care. I’m not sure why it matters how the baby got in the condition in the first place. I can also see why Judge Shar was concerned: it is so much easier to blame someone who is not in the room – geez, we all do it – and I think the trial judge struck the right balance, letting the evidence come in without the characterization of the negligence.

I also think the opinion wrongly assumes that the court’s ruling assumed that Hopkins was partially negligent.

Critically, this rationale necessarily presumes that the Hospital breached its standard of care.
The Hospital’s defense, however, was that it was not negligent, and did not cause any injury
to [the child].

I’m not sure this is right. It sounds like Hopkins was putting on tons of evidence that the actual harm came during the midwife’s care. Why does that rationale assume Hopkins breached the standard of care?

I also think the error was harmless. Do you really think the jury would have come to a different conclusion because Hopkins could not say she was negligent but that her care was a proximate cause of the injuries? I think we are getting too deep into semantics here and I think we are probably making the bar way too high to sustain a plaintiff’s verdict if we will second guess the trial judge on calls like this.

If we dig through any complex trial, we will find things that the appellate judges would have done differently. The bar for reversal should be higher.

(If you have read this blog for the last 7 years, I also have concerns about appellate courts vesting the trial judge with too much power. I think I can distinguish the instances where I have been on the other side. But if you want to accuse me of hypocrisy, you would have some good evidence.)