The South Carolina Supreme Court overturned a $31 million verdict in a Ford rollover case stemming from a catastrophic accident in 2001 that caused brain damage to a 12-year-old boy. This was a hard case. A mother was driving with four children who were not wearing seat belts and the mother took her eyes off the road and swerved to get back on the road. The question was whether the design of the Ford Bronco was a substantial contributing cause to the child’s injuries.

Obviously, a jury found that it was and sent a powerful message to Ford: $16 million in actual damages and $15 million in punitive damages. 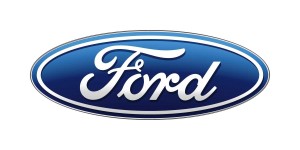 The South Carolina Supreme Court overturned the verdict for a lot of reasons. I won’t go into all of them but there are two reasons set forth for the court’s reversal that I think are of particular interest.

First, the court found that it is improper for lawyers in closing arguments “to arouse passion or prejudice.” The court cites these statements made during the plaintiff’s lawyer’s closing argument as improper:

3. “And that doesn’t count the paralyzed people, the quadriplegics, the people with serious injuries, the thousands of people that have been in these events because of this rollover propensity of this vehicle that they knew about, and they knew it since day one but they chose profit over safety every time because they looked at it as numbers. They didn’t look at it as lives, as people.”

4. “I submit to you that the evidence is that they did it because they thought it was a little, small number. . . . [T]hey did not look at it as thirty lives a year[], they didn’t look at it as six hundred lives. That’s how they should have looked at it, but that was not how they did it.”

6. “Jesse Branham is here today with a brain injury and six hundred other people, or however many it is, lost their lives, and numerous others have brain injuries or are paralyzed, quadriplegic, have extremely serious injuries. We believe that you should tell Ford Motor Company what you think about this kind of thing.”

The court found these improper because they relied on evidence that was inadmissible, because it asked for damages for harm to others, and because it improperly inspired the jury to act on passion as opposed to reason. These arguments are flawed.

If the evidence is inadmissible, then that is the basis to overturn the verdict. There is no need to tie it to an improper closing. Presumably, this would be true where evidence was inadmissible.

Finally, the most interesting finding by the court is that the plaintiff’s attorney tried to lead the jury to passion instead of logic. If a lawyer representing a 12-year-old brain-damaged child is arguing for punitive damages and is not trying to ignite some passion in the jury, he is committing legal malpractice. In most jurisdictions, there is a line you can’t cross – for example, “put yourself in the plaintiff’s shoes” (cf. David Ball and Don Keenan’s argument in Reptile) – but any jury verdict could probably be overturned if you just say “appealed to passion.” It has to be a little more complicated than that, but the court does not flush out where the actual line is. Otherwise, it is just a catch-all for “I don’t like the verdict.”

The second argument is on the admissibility of post-distribution evidence. Without a doubt, post-distribution/subsequent remedial measures is a tough issue. While the evidence is often relevant and sometimes even the smoking gun that can turn a case, I agree with the premise we have to make sure companies have some latitude in certain instances to figure out solutions to problems without having to worry about it being shoved back in their faces one day at trial. But because the rule takes away admissible evidence that would ostensibly lead to a more just result, courts really have to be circumspect in applying the rule, making sure the rationale is fully alive in the facts of the case. Subsequent remedial measures by a third party, for example, should not be excluded under this rule.

The court in this Ford rollover case does not apply the post-distribution rule with circumspection. Instead, it applies an overly broad rule that seems to bar all evidence created after the product is made.

So Ford dodges a large verdict. But the problem they still face is that a jury hit them with $15 million in punitive damages. Which tells you that a good focus group told them they did something very wrong. Taking away post-distribution evidence and a few other pieces of evidence or arguments might change this… but I doubt it. Don’t be surprised if the next jury awards more.