In 2010 Yeardley Love, a 22-year-old women’s lacrosse student-athlete at the University of Virginia was beaten to death by her ex-boyfriend George Huguely. The tragic case made national headlines and was of particular interest locally because Love was from Baltimore. Huguely was convicted of 2nd degree murder and sentenced to 23 years. Love’s mother and sister brought a wrongful death civil lawsuit against Huguely and last week a jury in Virginia awarded them $15 million. Unfortunately, that judgment will likely never be collected. In this post we will look at the wrongful death case and explain why collecting on the $15 million verdict will probably be impossible.

Love and Huguely met their freshman year at UVA and were in an on-off relationship over the course of the next two years. By the Spring of 2010, Love had ended the relationship mainly because of Huguely’s aggressive and sometimes violent behavior which was usually triggered by alcohol. 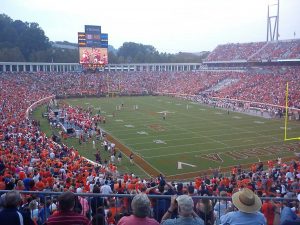 On May 3, 2010, Love was found dead in her apartment. The cause of death was determined to be blunt force trauma to the head. Huguely was living in the apartment right next door and when questioned by the police he admitted to physically assaulting Love. Huguely said he was very drunk and he kicked in Love’s bedroom door and shook her and that her head hit the wall.

Huguely was charged with first-degree murder and held without bond. The case went to trial in February 2012. Huguely’s defense team argued that Love’s death was a “drunken accident” and not intentional. The jury eventually convicted Huguely of 2nd degree murder and was sentenced to 23 years in prison. Huguely is scheduled to be released in 2030, at which time he will be 42 years old.

Following Huguely’s conviction, Yeardley Love’s mother and sister filed several wrongful death civil lawsuits. In April 2012 a wrongful death lawsuit was filed in Virginia against George Huguely. A month later, Love’s family filed another wrongful death civil suit against the University of Virginia. The lawsuit claimed that the UVA lacrosse team and its coaches were negligent because they knew about Huguely’s aggressive and violent behavior towards Love and did nothing about it.

In July 2013, the Love family voluntarily dismissed the wrongful death lawsuits against the UVA lacrosse team. The initial lawsuit against Huguely continued but after multiple delays, the trial date was pushed back to 2018. Just weeks before the trial, however, Love’s family dismissed the case Huguely. A few months later, Love’s family re-filed a new wrongful death lawsuit against Huguely.

The second wrongful death lawsuit against Huguely went to trial in Charlottesville Circuit Court on April 25, 2022. Huguely and his family hired counsel to defend him in the case. Huguely actually took the stand and testified at the trial. He testified that he accepted responsibility for Love’s death and thought about her every day.

On May 2, 2022, 1 day short of the 12-year anniversary of Love’s murder, the jury in the wrongful death case found that Huguely’s willful and wanton misconduct caused Love’s death and awarded $15 million in damages. The finding of willful and wanton misconduct, as opposed to simple negligence, is legally significant because it makes the $15 million judgment non-dischargeable in bankruptcy.

Love’s family will most likely never collect any of the $15 million judgment entered against Huguely in the wrongful death case. In civil cases, like wrongful death actions, judgments awarding millions in damages are often worthless unless the defendant is wealthy or there is insurance coverage to pay for it.

Huguely is currently in prison so he obviously has no income or assets to pay for even a fraction of the $15 million that he now owes to Love’s mother and sister. His family may have money, but the judgment was entered against George Huguely, not against his family. The $15 million judgment will not expire and Huguely will not be able to get rid of it by filing bankruptcy, so he will basically have an outstanding debt of $15,000,000 when he gets out of prison in 2030 and for the rest of his life.

Another option for forcibly collecting on a judgment is to get a wage garnishment. If the defendant has a job and is getting paid as a W2 employee with tax withholding, a judgment creditor can get an order from the court directing the employer to withhold or “garnish” a certain amount of money from the defendant’s paychecks. That money is then disbursed to pay off the judgment. This does NOT mean judgment creditors can take every penny a defendant earns.  There are strict legal limits on the maximum amount of money that can be taken out of a debtor’s paycheck for a wage garnishment. Usually, only 25% of the debtor’s “disposable earnings” can be garnished. Wage garnishments have other limitations also. They are only effective if the defendant has a steady job with W2 income.

So what are the prospects for Love’s family getting any of the $15 million? Not very good. When Huguely gets out in 2030 he will obviously have no financial assets to go after, so attaching his bank accounts won’t be worthwhile. Even if he does get money at some point he will take steps to conceal it. If Huguely is able to find a good-paying regular job, Love’s family can obviously garnish his wages and collect maybe $400-$600 a month for the next 20 years. Unfortunately, the job prospects for a notorious convicted murderer like Huguely are not going to be very good.

The best chance Love’s family has for collecting any significant amount of the $15 million judgment is if Huguely receives some type of inheritance when his parents or another family member pass away. Of course, there is no guarantee of that ever happening and it would probably be decades from now.